Mark your calendar for Sept. 7! The Suffolk County SPCA is hosting its 2nd Amnesty Day for Illegal Reptiles & Amphibians. Here's another chance to offload illegal reptiles and amphibians with no questions asked. 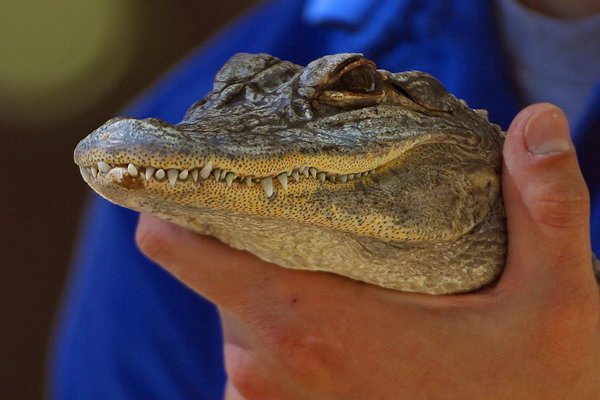 After the success of the first Illegal Reptile and Amphibian Amnesty Day in April where three alligators were turned in, the Suffolk County SPCA will be taking illegal reptiles and amphibians again on Saturday, Sept. 7.

Unlawfully possessed reptiles and amphibians in Suffolk County may be dropped off with no questions asked and without fear of prosecution between noon and 4 p.m. at:

Individuals bringing in reptiles and amphibians for acceptance are asked to place them in a containers which will be returned on a numbered basis.

The special day is done in cooperation with NYS Department of Environmental Conservation, and U.S. Fish & Wildlife and USDA.

“The purpose of this effort is to get these reptiles and amphibians into a controlled environment where they can be cared for properly,” stated Chief Roy Gross of the Suffolk County SPCA in a press release.

It is illegal to own an alligator without proper permits. And, when baby gators are purchased and then released to Long Island's wild when they grow too large to handle, it endangers them and the public. The reptiles cannot survive Long Island winters and they are venomous.

This event is not for species that do not require permits, and/or are not threatened or endangered. Such species brought in will not be accepted.