By Christian Abbatecola Published: May 06 2013

As suggestions that opposition forces in Syria have resurfaced, Israel carried out a pair of air raids over the weekend. 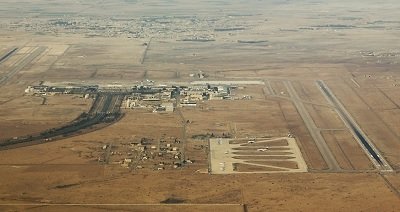 The situation in Syria has become even more volatile in recent days. As the nation’s civil war continues to drag past the two-year mark, Israel has carried out a pair of air strikes in the course of 48 hours over the weekend. Israel, which is shoring up its missile defenses in preparation for potential retaliation, says that it was not targeting the Assad regime directly or looking to enter the conflict, but block the transport of Iranian missiles to Hezbollah in Lebanon. Prior threats to enter the civil war in order to prevent the transfer of such weapons have been made, however.

The first strike took place over an airport in Damascus where the missiles were being stored; the second one targeted three nearby locations where the arsenal’s remnants were been moved to on Sunday.

This attack comes as the US tries to verify reports that the Assad regime has used chemical weapons and determine how to respond. President Obama previously called the deployment of chemical weapons a “redline” which would force his hand, but has not stated exactly what he would do in response should accounts of their use prove accurate. As evidence of chemical attacks has surfaced, however, the administration seems to have softened its stance on what constitutes that redline.

The situation has been further complicated by an interview with the United Nations’ Carla Del Ponte on Swiss TV, in which she stated there was strong suspicion based on testimony from victims that the rebels in Syria have used weaponized sarin gas. As with prior suggestions that the Assad regime launched a chemical attack, this claim suggests that there is evidence of such an incident but not incontrovertible proof.

These reports leave the US and the international community with the difficult task of verifying that chemical attacks have indeed occurred, determining who is responsible for them, and deciding how to respond. Even if it were to turn out that the Syrian government and not the rebels used sarin, the issue of whether to arm opposition forces, provide minor military assistance, or put actual soldiers on the ground is not one easily settled.