Obama Calls for a Review of Florida's Stand Your Ground Law

In an address to the media on Friday, President Obama discussed the racial implications of the result of the Trayvon Martin case, and also proposed a review of the Stand Your Ground law that allowed ... 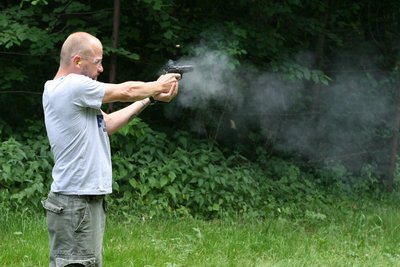 In an umpromptu meeting with the media on Friday, President Obama shared his feelings on the verdict on the Trayvon Martin case, and also commented on how the country deals with issues of race.

17-year-old Trayvon Martin was shot and killed in February 2012 by George Zimmerman, a member of the neighborhood watch, who pursued the unarmed teen.  Last week, the court found Zimmerman not guilty for the slaying of Martin.

In Obama’s address, he showed empathy for both Martin and his family, and pointed to shared experiences in the African American community – particularly with men –  that he admits are still true today.

“There are very few African-American men in this country who haven't had the experience of being followed when they were shopping in a department store. That includes me.  There are probably very few African-American men who haven't had the experience of walking across the street and hearing the locks click on the doors of cars. That happens to me –  at least before I was a senator.”

Obama also acknowledged that young African-American men are “disproportionately involved in the criminal justice system both as victims and perpetrators of violence.”

The president offered some of his ideas to prevent such crimes in the future, including having the “Justice Department, governors, mayors to work with law enforcement about training at the state and local levels” so as to reduce any mistrust that people have in the government – mistrust that may lead people like Zimmerman to take the law into their own hands.

Obama also called for an examination of the Stand Your Ground law, as well as the complexities involved with the law an racial bias.

“And for those who resist that idea, that we should think about something like these Stand Your Ground laws, I just ask people to consider, if Trayvon Martin was of age and armed, could he have stood his ground on that sidewalk?”  said Obama. “And do we actually think that he would have been justified in shooting Mr. Zimmerman, who had followed him in a car, because he felt threatened? And if the answer to that question is at least ambiguous, then it seems to me that we might want to examine those kinds of laws.”

According to White House Press Secretary Jay Carney, Obama had been preparing the remarks in case his thoughts on the case were brought up in an interview.  When he was not asked of his views, Obama met with the press office and decided to call the impromptu media meeting.

"This is not hard at all," said Carney to the Huffington Post. "The president wanted to say something, and he opened the briefing today so he could say something."