Matthew Schrier of Syosset has returned to the U.S. after seven months in which he said he was held captive by Syrian rebels who tortured him, believing that he was an American spy. 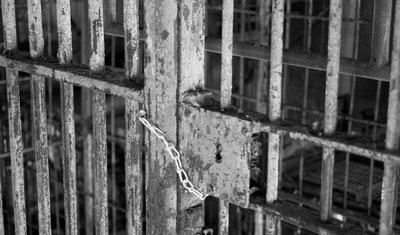 Matthew Schrier, a freelance photographer from Syosset, is back in the United States after being imprisoned and tortured by Syrian rebels in Aleppo.

Schrier, a Hofstra University graduate, says that he was captured by a group that is linked to al-Qaida, and that he was tortured for seven months in a Syrian prison, according to News 12 Long Island.

The photographer was in Syria for 18 days before he was kidnapped.  Schrier was waiting for an expected driver who did not arrive, so the next day his hosts arranged for a taxi driver they said he could trust, Schrier told The New York Times.

On December 31, the cab picked up Schrier, but they were stopped in Aleppo by Syrian rebels.  Three men took him from the taxi and forced him into another vehicle, put the muzzle of a rifle to his head, and drove him off to the compound where he would spend the next seven months.

The captors assumed Schrier’s identity online and drained his bank accounts, sending emails from his email account and making numerous purchases on Ebay.

Schrier said his captors wanted him to admit that he was a CIA agent or American spy, and would beat him constantly to try to get him to admit to either.  One common method of torture was lashing the bottoms of the prisoners’ feet with metal cable until they could no longer walk.

“They take turns whacking the bottom of your feet.  They do it in reps of like, 15,” he said.

Schrier shared a cell with another American who was also profusely beaten.  The two hatched a plan to escape through a tiny window in their basement cell on July 29.  Schrier was just barely able to fit through the window, but his cellmate was unable to fit, and Schrier left him behind. He then found other rebels who took him to the Turkish authorities at the border, who brought him to American diplomats.

The memory of leaving his fellow American behind weighs on Schrier, and he says he will not have closure until his fellow cellmate is brought home safely.