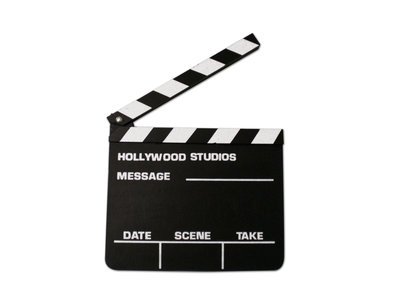 Already this season, state numbers show that there have already been 19 pilots and five shows that went straight to series. No less than two additional pilots have communicated their intention to film in New York – setting the state on a path to break the record for the number of television pilots choosing the Empire State in just one year. The current record, according to state numbers, is 20 pilots (shot during the fall of 2010 to spring of 2011.)

“New York is now the place to go for the film and television industry,” Governor Cuomo said. “We have the resources, the talented workforce and the venues to offer the industry unmatched opportunities. Our newly expanded and enhanced film and television program will only continue to spur tourism, attract more investments to New York and create more jobs for New Yorkers.”

The state’s popular film and television tax credit program began in 2004. Since Governor Cuomo took office, the program has taken off – experiencing a surge in program applications. It is estimated that the 349 projects that have filmed or applied to the program during the Cuomo administration will result in over $5.5 billion in direct spending in New York. In addition, the recently expanded and enhanced program provides new incentives to lure out-of-state talk and variety programs to the Empire State. In order to qualify, these programs must have filmed at least five seasons in another state. There are also new incentives to boost production in upstate New York.

CBS C.E.O. Leslie Moonves said that under Governor Cuomo’s leadership, the Empire State has become extremely user-friendly when it comes to television and film production. “By extending the film incentive program, Governor Cuomo and the Legislature have expanded the opportunity for high quality, high paying jobs in New York State. Without this legislation, CBS hit shows like ‘Blue Bloods,’ ‘The Good Wife’ and ‘Elementary’ would likely be produced elsewhere. In addition, we can continue investing in new programming, including two pilots currently being filmed in New York, with more possibilities in the works. All of this production, and the jobs and economic benefits it creates, are due to the foresight of the Governor and the Legislature,” he said.

“New York’s exceptional locations, production facilities and talent make it a great creative option for shooting pilots, and these incentives help make it a much more attractive business option as well. That’s why we shot pilots for both ABC and ABC Family in the Empire State this year, and anticipate shooting more there in the future,” said Anne Sweeney, Co-Chairman, Disney Media Networks & President, Disney-ABC Television Group.

The state’s impressive numbers come on the heels of several big announcements, including NBC’s “Tonight Show” moving from Burbank, Ca. to Rockefeller Center next February and NBC’s top-rated summer series “America’s Got Talent” moving from its current location at the New Jersey Performing Arts Center in Newark, New Jersey to Radio City Music Hall. The relocation of “America’s Got Talent” to New York is estimated to create more than 500 jobs and result in more than $100 million in economic activity each season.

“New York has traditionally provided a fascinating array of backdrops against which to shoot our varied television shows, whether it’s the gritty streets of ‘Law & Order’ or the beautiful theatre district for ‘Smash’ or our own Rockefeller Center for ‘30 Rock,’” said Bob Greenblatt, Chairman, NBC Entertainment. “The state’s tax incentive program has made producing these shows and others – including ‘America’s Got Talent’ and the upcoming ‘The Tonight Show with Jimmy Fallon’ and ‘The Michael J. Fox Show’ – even more feasible as a beacon for attracting top talent in front of and behind the camera who prefer to work in New York.”

Tony Argento of Broadway Stages called it “a domino effect - the mom and pop hardware stores, the corner coffee shop - the whole community flourishes, not just the film industry.”

John Ford of the International Alliance of Theatrical Stage Employees (IATSE) echoed that sentiment. “The Empire State Film and Television tax credit incentive program has been the central driver of productions to New York State,” he said.

Tommy O’Donnell of Theatrical Teamsters Local 817 said, “The benefit to Theatrical Teamsters Local 817 is not just the hundreds of its members put to work, but the prospect of continuous work for years to come as these pilots are the seeds for enduring episodic television. The Teamsters owe great thanks to New York State for long term continuance of the Film Tax Credit. In a world of lucrative incentives, from both countries and other states, it has leveled the playing field and provided the stability for New York to enter into a golden age of television production."

Home Box Office C.E.O. Richard Plepler agreed. “For HBO, New York has been a vital production center for many of our projects such as ‘Girls’ and ‘Boardwalk Empire,’” said Plepler. “The approval of this incentive, coupled with the top-notch talent, premier stages and infrastructure here, will make New York a compelling place to work for years to come.”