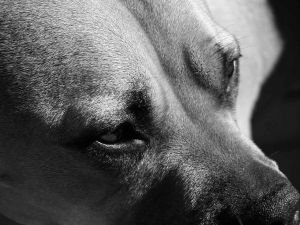 Freeport, NY - August 26, 2014 - The Suffolk County SPCA issued a statement today praising Nassau county District Attorney Kathleen Rice's Office for obtaining a conviction of Anthony Reddick for dog fighting-related charges.
Roy Gross, Chief of the Suffolk County SPCA said that the arrest and conviction proves that tougher laws are needed for animal abusers and people engaged in animal fighting activities. Gross said that the changes, originally proposed by Rice, to put animal cruelty laws into the Penal Law are being held up in committee and there are strong lobby opponents by the Farm Bureaus upstate New York.
Gross said that Reddick was arrested in Suffolk County in 2001 on dog fighting-related charges after an investigation by the Suffolk County SPCA and the Suffolk County Police Dept. Chief Gross said this underscores the need for tougher penalties.
Chief Gross asked that residents contact their Assemblymen and Senators and urge them to get these bills out of committee so they can come for a vote on the respective house floors and to vote in favor of placing the laws into the Penal Law.