A bill passed through the Senate creates a new law against the harassment of police officers. 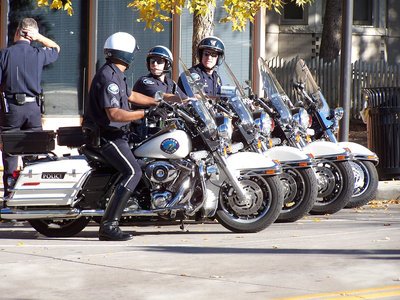 A bill recently passed in the Senate would make harassing a police officer or peace officer a class E felony punishable by up to four years in prison. The bill was sponsored by New York State Senator Joe Griffo.  Senator Griffo says the reasoning behind this bill is to protect police officers from harm.

“My bill would make it a crime to take any type of physical action to try to intimidate a police officer.” Griffo said. “This is a necessary action because we can see from the rise in incidents that too many people in our society have lost the respect they need to have for a police officer. We need to make it very clear that when a police officer is performing his duty, every citizen needs to comply and that refusal to comply carries a penalty.”

The bill itself states that any person with the intent to harass, annoy, threaten, or cause physical harm to law enforcement -like shoving, kicking, and punching- will be charged with aggravated harassment of an officer. A supporter of the Griffo sponsored bill is Utica’s Police Department Chief Mark Williams. Williams says he wants help from the government to make the lives of police officers safer.

“All too often persons are physically challenging police officers in the line of duty. Currently in those instances where an officer is physically attack (short of sustaining a physical injury) the lawful charge is only a violation.” Williams said. “The consequences are way too low for the offender and it sends the wrong message to the public. Police officers are the public’s first line of defense to restore order in dangerous/chaotic situations. Citizens do not have the legal right to physically challenge the authority of an officer lawfully performing their duties. Threats, intimidation and physical force used upon our police officers not only erode respect for our criminal justice system, but also endanger the public as well.

The bill is now being sent to the New York State Assembly.