Schneiderman: This office will help communities bring vacant properties back to life and provide affordable rental homes for their neighbors. 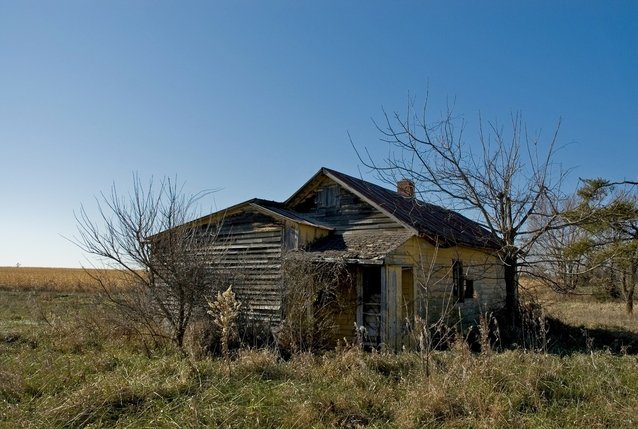 $4 million grant initiative made possible by Schneiderman's settlement agreements with Citigroup and Bank of America.

Newburgh, NY - August 19, 2016 - Attorney General Eric T. Schneiderman announced a new pilot program that will provide New York State land banks with $4 million in subsidies for everyday New Yorkers to take over individual, abandoned properties in their neighborhood – at little or no cost – and rehabilitate them into affordable rental housing.

Created with affordable housing and community development nonprofit Enterprise Community Partners (Enterprise), the program requires the new housing units to remain affordable for at least 20 years. Funding for the program will come from the Attorney General’s 2014 and 2015 settlements with Citigroup and Bank of America over the banks’ conduct leading up to the 2008 housing crash.

Neighbors for Neighborhoods builds on the success of New York State’s non-profit land banks. Ten of these lands banks have, with support from the Office of the Attorney General, reclaimed over 1,600 abandoned properties across the state since 2013. Recently, five new land banks have formed and received capacity-building grants from the Office of the Attorney General, and a sixth is in the process of getting certified.

The initiative was inspired by such successful land bank efforts as 13 Chambers Street in Newburgh. The property, which was acquired by the Newburgh Community Land Bank in 2013, was renovated by a local architect and now provides three families with affordable rental housing.

“Too many communities across this state are still plagued by the blight of vacant and abandoned properties, while at the same time suffering from a critical shortage of affordable housing,” said Attorney General Schneiderman. “Neighbors for Neighborhoods helps communities reclaim their neighborhoods from blight and will help generate the affordable housing stock that New York families need. Just as important, it empowers the people who have the most at stake in revitalizing their communities—the community members themselves. This is truly a win-win.”

The grant program will be administered by Enterprise, which for more than 30 years has created affordable housing opportunities for low- and moderate-income communities across the country, in addition to identifying programmatic solutions and advocating for policies that connect low-income communities to opportunity. In early fall, Enterprise will invite the 16 land banks across the state to submit their qualifications and select those land banks that:

Land banks that meet the requirements will then be able to submit requests for the subsidy on a project-by-project basis.

Once selected, land banks will transfer ownership of the dilapidated properties at low or no cost to the identified community members;  provide the new community-based property owners with a subsidy toward the costs of renovation (approximately $50,000 per unit); and dictate the terms and scope of the renovation. Importantly, the renovations must also include exterior rehabs—to provide “curb appeal,” a critical part of boosting property values in neighborhoods plagued by vacant homes.

In exchange for the property and the renovation subsidy, the new property owners will convert the properties to affordable low- and moderate-income rental units for local families. This $4 million investment is estimated to yield up to 80 affordable rental homes for working families in the cities and towns where land banks are active.

Funding for the initiative will be drawn from the $7 billion settlement agreement with Citigroup and the $16 billion settlement agreement with Bank of America that Attorney General Schneiderman, as co-chair of the federal-state working group on residential-mortgage-based securities, negotiated in July and August 2014, respectively. Those two settlements together brought $982 million in cash and consumer relief to New York State alone.

Neighbors for Neighborhoods is but one component of Attorney General Schneiderman’s broad strategy to help New York families and communities recover from the housing crash. He has led the fight for strong bank settlements that hold the banks accountable for their recklessness and responsible for mitigating the damage they caused.  He has obtained settlements that brought more than $95 billion to communities across the country.

More than $5.5 billion of that settlement money has flowed into New York. It allowed the Office of the Attorney General to establish the Homeowners Protection Program, HOPP, in 2012, which currently funds 90 agencies across the state to provide legal services and counseling to help families stay in their homes. More than 64,000 families have been served to date; and over a third of them have mortgage modifications pending or approved.

The settlement money has resulted in over $30 million in grants to New York’s land banks since July 2013, making it possible for the land banks to reclaim those 1,600 properties from blight.

And the settlement money was used to establish the New York State Mortgage Assistance Program (MAP) in 2014. Since it began, MAP has provided $18 million in small loans to homeowners to clear other debts and qualify for mortgage modifications; it has prevented more than 650 foreclosures; and it has preserved $153 million in property value for nearby homeowners.

The Attorney General also pursued legislative responses to the state’s housing crisis, and in June 2016 his bill, the Abandoned Property Neighborhood Relief Act, was signed into law.  Among other provisions, that law requires banks to register any properties abandoned by their owners with the Department of Financial Services and to maintain those properties during the foreclosure process, and not just once the process has been completed. Banks face significant fines for non-compliance. The state will share the registry with localities and will run a toll-free hotline for individuals to report such properties.

And in July 2016, the Attorney General announced a $13 million grant initiative, the Zombie Remediation and Prevention Initiative, funded by an allocation from the Morgan Stanley settlement agreement, to help cities and towns maximize the impact of the Abandoned Property Neighborhood Relief Act. It provides funding to municipalities to catalog and monitor zombie properties within their jurisdictions, to boost local housing code enforcement, and to help the state ensure implementation of, and compliance with, the law.

“This program is a powerful opportunity to give community members ownership over what happens in their neighborhoods and involve them in the critical work of creating and preserving affordable housing throughout New York,” said Judi Kende, Vice President and New York Market Leader, Enterprise. “Enterprise is proud to partner with the Office of the Attorney General on such a creative and exciting initiative that will bring positive change to communities statewide for decades to come.”

“I thank Attorney General Schneiderman for his continued support of the City of Newburgh,” said Newburgh Mayor Judy Kennedy. “Funding through this innovative pilot program will help to ensure the continued revitalization of our neighborhoods by bolstering the availability of high-quality, affordable rental units while attracting local investors to invest in their community.”

“Rehabilitating dangerous, abandoned buildings and zombie homes will strengthen Hudson Valley communities like Newburgh by revitalizing our neighborhoods, providing housing for local families, and growing our economy – all while keeping ownership in local hands,” said Representative Sean Patrick Maloney (NY-18). “The Neighbors for Neighborhoods investment program is good for our communities, good for renters, and good for local businesses, and I want to thank AG Schneiderman for making this program possible in communities throughout New York, including the Hudson Valley.”

“Attorney General Schneiderman has focused his attention on one of the most significant ways to improve neighborhoods and turn a city around - the restoration of decaying homes,” said Assemblyman Frank Skartados. “His continued commitment to help the land bank will prove to be a key element in Newburgh’s revitalization.”

“Sustained affordability for low income families in our area is crucial to maintaining a diverse community. Every high quality of affordable unit that is added to our City improves the quality of life for our residents and guarantees that families will remain in the City continuing to contribute to the fabric of our neighborhoods,” stated Newburgh Councilwoman Karen Mejia.

“Attorney General Schneiderman’s support has been essential to the Newburgh Community Land Bank,” said Madeline Fletcher, Executive Director, Newburgh Community Land Bank. “And now, this new and innovative program bolsters the partnership between land banks and the communities we serve, provides community members who care about their neighborhoods with the tools they need to improve it, and expands affordable housing options.”

“Not too long ago, I was facing eviction,” said Joseph Williams, Tenant of 13 Chambers Street. “Having a stable place to live, with the help of the Newburgh Community Land Bank, has helped me improve my family's life. It’s great to know that Neighbors for Neighborhoods will give other New Yorkers the same opportunity I was given.”