The jury in the second bellwether trial involving a transvaginal mesh manufactured by Ethicon has awarded the plaintiff $3.27 million in damages, according to newswire reports and court documents. 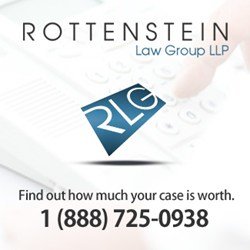 Rockville Centre, NY - September 22, 2014 - The second federal bellwether trial involving a transvaginal mesh product manufactured by Johnson & Johnson subsidiary Ethicon has concluded, with the jury in the case finding in favor of plaintiff Jo Huskey and awarding her $3.27 million in damages, according to a September 5 Reuters report. The trial of Huskey v. Ethicon (No. 12-5201; U.S. District Court for the Southern District of West Virginia) began on August 14 and ended after nearly two weeks. According to the Reuters report, “jurors found Ethicon liable for selling faulty devices and failing to warn patients and their doctors that users were at risk from side effects that include pain, bleeding and infection.”
The Rottenstein Law Group LLP, a New York-based personal injury law firm representing plaintiffs nationwide in lawsuits against Ethicon the manufacturer of transvaginal mesh devices that have allegedly caused serious injuries to women implanted with the devices as treatments for pelvic organ prolapse (POP) and stress urinary incontinence (SUI), is encouraged by the verdict and the award.
“This outcome sends a message that a company whose product hurts people will be held accountable,” said Rochelle Rottenstein, principal of the Rottenstein Law Group. “We’re hopeful that this verdict is indicative of further plaintiff’s verdicts to follow.”
In related news, Bloomberg reported on September 9 that plaintiff Martha Salazar has won her lawsuit against Boston Scientific in Texas state court. Salazar had alleged injuries cause by a Obtryx sling device made by the company. The jury found for Salazar and ordered Boston Scientific to pay her approximately $23 million in compensatory damages plus another $50 million in punitive damages. Salazar had sought only $14 million in damages for injuries and pain and suffering. The jury returned with its verdict on the first day of deliberations.** The case is Salazar v. Lopez, no. DC-1214349, District Court for Dallas County, 95th Judicial District of Texas (Dallas).
The federal Ethicon multidistrict litigation in West Virginia  has consolidated approximately 19,000 lawsuits filed by victims alleging injuries caused by the company’s products. The Rottenstein Law Group is currently evaluating Ethicon transvaginal mesh claims and encourages anyone who believes they might have cause to file a lawsuit to visit vaginalmeshlawsuitcenter.net.
About The Rottenstein Law Group LLP
The Rottenstein Law Group LLP is a New York-based firm that represents clients nationwide in mass tort actions. The firm was founded by Rochelle Rottenstein, who has more than two decades of experience as a lawyer, to represent clients hurt by defective medical devices and medications. (Attorney advertising. Prior results do not guarantee a similar outcome.)
“Boston Scientific Ordered to Pay $73 Million Over Implant.” Bloomberg.com, September 9, 2014. (bloomberg.com/news)
For More Information, Please Contact:
The Rottenstein Law Group LLP
Rochelle Rottenstein, Esq.
100 Merrick Road, Suite 226W
Rockville Centre, NY 11570
(212) 933-9500 (office phone)
(212) 933-9980 (facsimile)
rochelle@rotlaw.com
plus.google.com/106070664376281033016