Rep. Steve Israel Announces He Will Not Seek Reelection

Today, Rep. Steve Israel (D-Huntington) announced that he will not seek reelection this November. 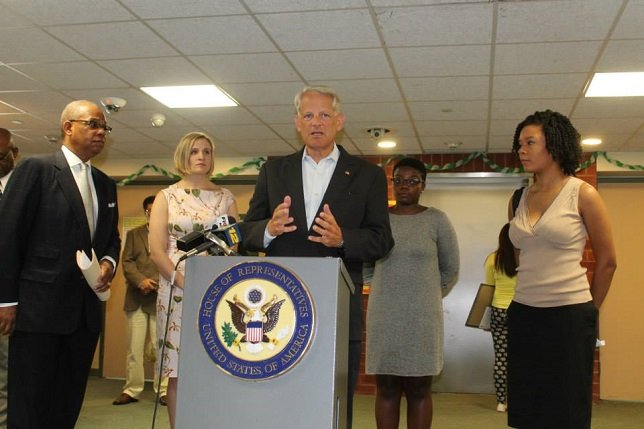 Rep. Steve Israel in 2015 at SUNY College at Old Westbury. Rep. Israel has served the people of Long Island for more than two decades fighting for working families.

Washington, DC - January 5, 2016 - Today, Rep. Steve Israel (D-Huntington) announced that he will not seek reelection this November. He released the following statement:

“Nearly 16 years ago, I was honored to take the oath of office and stand on the House Floor for the first time. Now, I’ve decided to leave the House in 2017. I hope to continue to be involved in public service, but it is time for me to pursue new passions and develop new interests, mainly spend more time writing my second novel.

“I considered this decision deeply, but ultimately, I want to be a team player and ensure that my district, which is the only competitive district in House Democratic Leadership, remains in the hands of Democrats when I leave. The 2016 presidential turnout will help assure that. We’ve fought too hard for everyday Americans and against special interests to risk it.

“While there are many things I am proud of during my time in office, I am proudest of the work we’ve done to help New York’s veterans and military families, securing $8.3 million in backpay. Additionally, I'm proud of my work to protect middle-class New Yorkers, as a product of a middle-class Long Island family myself.

“It has been an incredible and humbling opportunity to serve my community.  I am grateful to my family, friends, staff, and most of all – the people of New York. While I will miss this place and the people I have had the privilege to serve, I am looking forward to spending more time home and frequenting my beloved New York diners. Simply put, it’s time to pass on the torch.”