A 2 ½' snake was rescued by a SCSPCA officer yesterday afternoon after it was found in a container on a Bay Shore street. 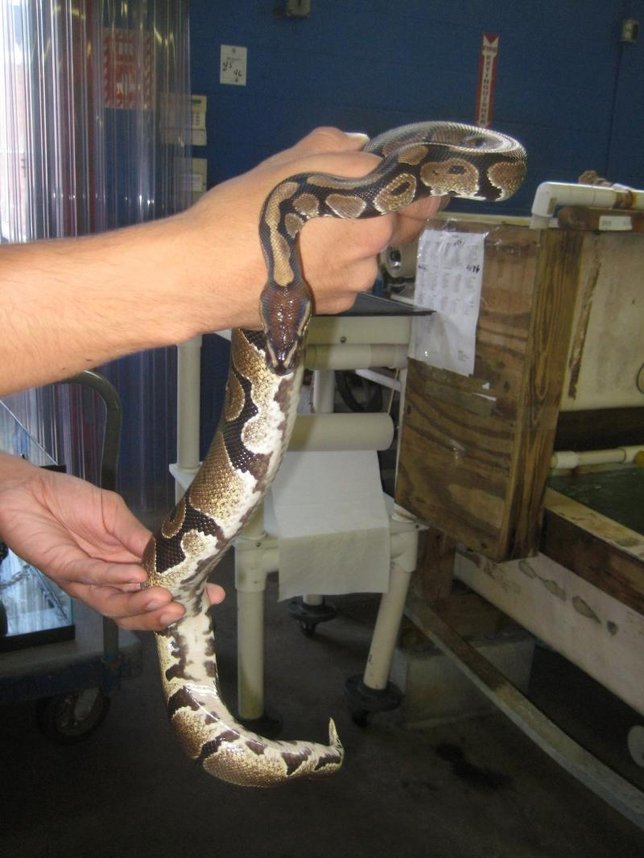 Bay Shore, NY - August 14th, 2013 - A 2 ½' snake was rescued by a SCSPCA officer yesterday afternoon after it was found in a container on a Bay Shore street.

Chief Roy Gross of the Suffolk SPCA said that the snake was found in a residential area on a grassy area at the southwest intersection of Longshore Street. and Reilly Street.  The snake, determined to be a Ball Python, was found in a glass container with a sliding screen top.  Blue tape was affixed to the corners of the tank to hold the top on, Gross said.  Although approximately 1" of rain water had collected in the bottom of the tank, the snake appeared to be in good health.

Chief Gross said that a $1,000.00 reward is being offered for information leading to the arrest and conviction of those responsible for abandoning the snake.

Anyone with information can contact the Suffolk County SPCA at 631-382-7722. All calls will be kept confidential.