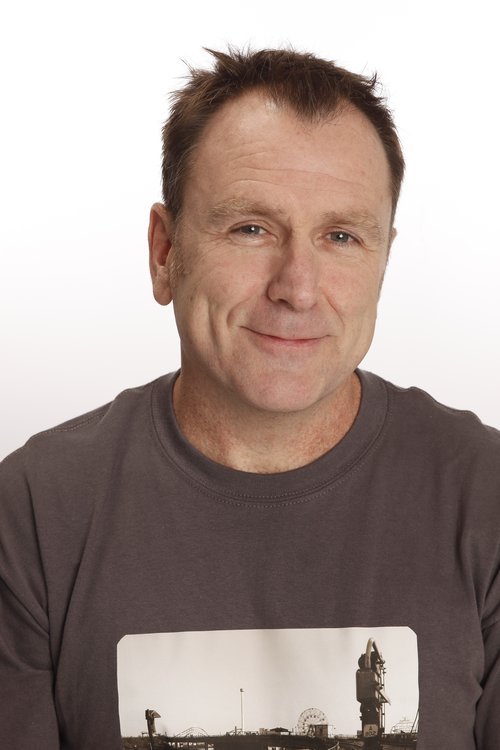 Sag Harbor, NY – June 19th, 2013 – Bay Street Theatre’s Comedy Club, sponsored by Madison & Main Restaurant and Bar, continues June 29 with Colin Quinn Unconstitutional. Tickets are $62 for members or $69 for non-member excluding All Comedy Club dates are available online at www.baystreet.org or by stopping by or calling the Box Office at 631-725-9500.

Saturday, June 29, Brooklyn native Colin Quinn tackles 226 years of American Constitutional calamities with his one man Off-Broadway smash Colin Quinn Unconstitutional offering his unique comedic perspective on our national character. From predator drones to the Kardashians, he pulls no punches in asking if this is what the founding fathers planned.

In 1995, Quinn landed a spot on Saturday Night Live, where he entertained audiences for five seasons with his writing and unforgettable characters before stepping in as anchor for SNL's popular Weekend Update segment.  After SNL, Quinn tackled societal issues on Comedy Central’s Tough Crowd With Colin Quinn, in which he served as the show’s host, creator and executive producer, from 2002 - 2004.

In addition to his television work, Colin has appeared in many films, including A Night at the Roxbury, Comedian, and Adam Sandler's Grown Ups. He will be shooting Grown Ups 2 this summer. Colin’s first one-man show, Sanctifying Grace, began off-Broadway in 1994 and was later produced as Colin Quinn—An Irish Wake and played at the Helen Hayes Theatre. In 2010, he returned to the Helen Hayes Theatre and starred in the hit Broadway show Colin Quinn Long Story Short. Directed by Jerry Seinfeld, the show was nominated for a Drama Desk Award and was nominated for an Emmy as a HBO special in 2011.

After wrapping the tour of Colin Quinn Long Story Short across the country, Colin is now working on his book chronicling history from a satirical perspective, titled Yesterday’s News (Grand Central Publishing). In June 2012, he can be seen in Sony’s “That’s My Boy” opposite Adam Sandler and Andy Samberg.

On Monday, July 8, the Comedy Club continues with the hilarious Dom Irerra returning to the Bay Street stage. Nominated 6 times for an American Comedy Award, Irrera’s stand-up material was honed in a multi-generational Italian household in South Philadelphia. Television includes Rodney Dangerfield's Nothing Goes Right comedy specials for HBO, Irrera’s own HBO special One Night Stand, Showtime’s stand-up series Full Frontal Comedy; Comedy Central's animated series, Dr. Katz: Professional Therapist; Late Night shows, Oprah, The Joy Behar Show, The View, The Daily Show with Jon Stewart and stars in his own series The Supreme Court of Comedy . Irrera also hosts Comedy Central's irreverent football show, Offsides. He has appeared on Fox’s Damon, starring Damon Wayans; Seinfeld, Becker, Everybody Loves Raymond and King of Queens. He was also part of the Emmy-winning cast of Nickelodeon’s Back To The Barnyard, where he played "Duke" the sheepdog. Other voices include Nickelodeon’s Hey Arnold. Films include Hollywood Shuffle, The Godson, The Fourth Tenor and The Big Lebowski.

Comedy Club continues on Monday, July 15 with Paul Reiser. Audiences will know him as Paul Buchanan from NBC’s Mad About You where he starred with Helen Hunt, garnering him an Emmy, Golden Globe, American Comedy Award and Screen Actors Guild nominations for Best Actor in a Comedy Series.  He also had his own show in 2011 entitled The Paul Reiser Show. Other television includes Showtimes’s Strange Relations and Men vs. Women. Films include as Diner, Aliens; Bye, Bye Love; The Marrying Man, One Night at McCool’s, and Beverly Hills Cop (I and II), and The Thing About My Folks.  He recently finished HBO’s Behind The Candelabra starring opposite Matt Damon, Michael Douglas and Dan Aykroyd. Reiser made his theatrical debut in Woody Allen’s Writer’s Block. Books include New York Times bestsellers Couplehood and Babyhood, which was followed by Familyhood. He co-wrote The Final Frontier – the theme song from Mad About You with Grammy-winning producer Don Was.

Amy Schumer takes the stage on Monday, August 12. Schumer is quickly becoming the hottest star in the world of comedy, with her blend of what seems outwardly wholesome, but verbally edgy comedy. Schumer made her network debut on NBC’s Last Comic Standing and soon after co-starred on 30 Rock. She is the creator, star and writer of Inside Amy, her brand new Comedy Central show and recently finished Mostly Sex Stuff, which became Comedy Central’s second-highest rated special this year. She was one of the featured comedians on Comedy Central’s Roast of Roseanne, following her breakout performance on last year’s Roast of Charlie Sheen. Schumer most recently on Louie and will next be seen in Season 2 of HBO’s Girls. Other television includes Jimmy Kimmel Live, Conan, and Late Night with Jimmy Fallon. Amy recurred on Season 3 of Adult Swim’s Delocated and guest starred in the latest season of Curb Your Enthusiasm. Films include Seeking a Friend for the End of the World, starring Steve Carrell and Price Check, an independent feature opposite Parker Posey. Her album Cutting placed in the top 5 of the Billboard Charts and has been included on multiple Best Comedy Albums of the Year awards’ lists. Schumer was featured in Rolling Stone Magazine, The New York Times, Wall Street Journal and as Variety’s Top 10 Comics to Watch. She’s also written articles for Cosmo Magazine to enormous reader response.