Shark Week on Long Island: What to Know About Sharks in Our Waters

In honor of Discovery Channel’s Shark Week, here are some facts about sharks in the waters of Long Island. 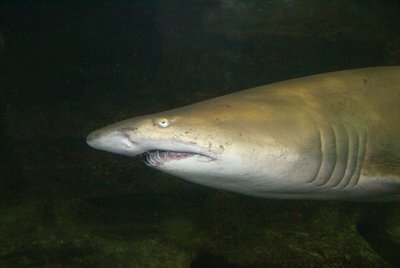 Shark Week officially began today on Discovery Channel. While you’re watching one of the many shark documentaries being aired throughout the week, here are a few interesting facts and stories about sharks from the waters surrounding Long Island.

Last year, a dying shark washed up on the shore of a beach in Babylon. The 26-foot, 5,000 pound shark drew plenty of attention and concern from local residents.

After the shark was examined by experts, it was determined to be a basking shark. While basking sharks may be very large and intimidating - in fact they are the second largest living fish in the world - they are filter feeders and do not attack humans. These large, non-aggressive fish feed primarily of plankton and other small sea creatures.

Shark attacks are hardly a common occurrence. The odds of being attacked by a shark are about one in 11.5 million. In fact, you are more likely to die by getting struck by lightning or even from digging in the sand if the hole collapses - something to consider the next time you go to the beach.

The most recent shark attack to happen in Long Island was 53 years ago. According to SharkAttackFile.info, 57-year-old Bruno Junker was bitten by a shark while spear fishing out of Oyster Bay on the Long Island Sound in July of 1961. He was bitten on his fingers and leg, and survived the attack, which was considered a provoked attack since Junker reportedly had speared the fish beforehand.

Although the odds are extremely low, it doesn’t hurt the take precautions and know what to do in the event of a shark attack. Here are few tips from the Florida Museum of Natural History: