Ahead of the 50th anniversary of the Voting Rights Act, U.S. Senator Charles E. Schumer today introduced three new bills designed to expand access to voting in the United States. 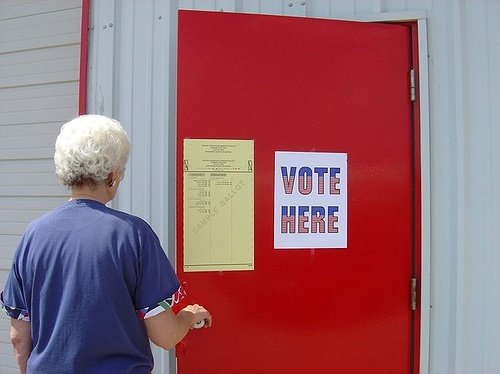 Albany, NY - August 5, 2015 - Ahead of the 50th anniversary of the Voting Rights Act, U.S. Senator Charles E. Schumer today introduced three new bills designed to expand access to voting in the United States. Schumer, Ranking Member of the Rules Committee which has jurisdiction over laws governing election administration, is seeking to put in place federal safeguards that would prevent individual states from curtailing practices that ensure all Americans have access to the ballot box, including early voting and online registration.

“Today, on the eve of the 50th Anniversary of the Voting Rights Act, we should be celebrating the progress we have made. Unfortunately, the right to vote in this country is still under attack,” said Schumer. “In an effort to limit the pool of potential voters, nefarious forces have sought to make it more difficult to get registered to vote, prevent or decrease early voting, and increase bureaucratic hurdles to limit participation at the ballot box. Those efforts are backwards, wrong, and they must be stopped cold. These bills would make it easier for Americans to vote, period. In a polarized Democracy, individuals of all political stripes ought to be able to agree that we should make it as easy as possible for voters to participate in the process. This legislation would do just that, and I’m hopeful it will earn bipartisan support.”

Online voter registration has been one of the most popular election reforms. Online voter registration allows citizens to register to vote in a fast, convenient and secure way. Additionally, online registration saves election administrators valuable time and resources. For these reasons, it is not surprising that online registration has received widespread bipartisan support around the country. What is surprising, however, is that a number of states have been dragging their feet leaving millions of Americans unable to register to vote online in their states. This bill will:

The time has come to recognize that, for many Americans, Tuesday is not the best or most convenient day to vote. This bill will ensure that all states provide at least a week of early voting or not require an excuse to vote absentee. As a result, all Americans will finally have the opportunity to vote on the day that works best for their schedule. States shall, at a minimum, either hold early voting for eight hours per day on seven consecutive days during the 10 day period preceding the date of a federal election or make absentee ballots available to voters without an excuse.

Currently, a number of states require voters to re-register – as much as 30 days before Election Day – if they have simply moved a few blocks or to a neighboring town.  This bill would fix that.  Once a citizen was registered in a state, they would be able to update that registration and vote on Election Day.  The bill provides that a voter who has previously registered in a state shall be allowed to update their address within the state up to Election Day.