For more than a decade, national transportation safety board has made recommendations about testing & treating transit operators for sleep apnea—sleep disorders among engineers can put countless of passengers at-risk to deadly accidents. 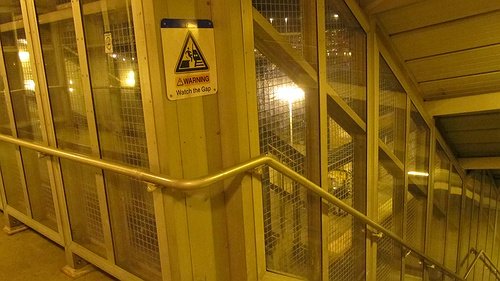 Long Island, NY - Januray 31, 2015 - U.S. Senator Charles E. Schumer today revealed that the Metropolitan Transportation Authority (MTA) still does not have any specific plan to test and treat Long Island Rail Road (LIRR) engineers for sleep disorders, like sleep apnea, and urged that the MTA quickly expand its Metro-North pilot program to include LIRR engineers. For more than a decade, the National Transportation Safety Board has recommended that railroads test and treat vehicle operators for sleep disorders, like sleep apnea, which was long ignored until a series of deadly, related accidents. Following a 2013 Metro-North derailment in the Bronx that tragically killed four people, the MTA began developing a pilot project to screen and treat Metro-North engineers for sleep disorders. Similarly, following a 2008 accident on the T in Boston, the New York City Transit system began screening and treating subway train operators for obstructive sleep apnea syndrome. Schumer said that the MTA should not wait for a deadly LIRR accident to develop a comparable sleep disorder testing plan for LIRR engineers, and urged MTA Chairman Prendergast to expeditiously expand screening and treatment for obstructive sleep apnea to include LIRR engineers, in order to protect their safety and the safety of the over 300,000 weekday passengers that put their lives in these engineers’ hands each day.

“A light rail crash in Boston prompted the MTA to start testing New York City’s subway engineers for dangerous sleep disorders and then, a Metro-North crash prompted the testing of Metro-North engineers; it shouldn’t take a Long Island Rail Road crash for the MTA to test and treat LIRR engineers for sleep disorders, like sleep apnea,” said Senator Schumer. “Time and again, NTSB has made common-sense recommendations that transit agencies have taken far too long implement in a comprehensive way. There should be no delay in starting a pilot program for testing LIRR engineers who may suffer from obstructive sleep apnea syndrome, which could put thousands of daily commuters at risk if undetected.”

“It is widely recognized that sleep disorders are an important risk factor in rail accidents throughout the country. We join with Senator Schumer in urging that the MTA expand the practice of testing and treatment for obstructive sleep apnea that is being put in place on Metro-North Railroad to the Long Island Rail Road. When a safety issue affects one branch of the MTA it affects all branches of the MTA and all its users,” said Mark Epstein, Chair of LIRR Commuter Council.

The National Transportation Safety Board recommended that the Federal Railroad Administration require all railroads to screen for and treat sleep apnea more than a decade ago, after a 2001 accident in Michigan.

Schumer said that the MTA has been slow to heed the NTSB’s expert safety recommendations and conduct sleep disorder testing and treatment, and has generally only done so in a reactive way to serious accidents. In 2008, a Massachusetts Bay Transportation Authority (MBTA) Green Line train struck the rear of another train that had stopped for a red signal in Newton, Massachusetts in 2008. The operator of the striking train was tragically killed and it was later determined that the operator suffered from sleep apnea. Following the accident, NTSB recommended that all rail transit agencies establish a program to identify operators who are at high-risk for sleep disorders, like sleep apnea, and require that such operators be tested and treated. Right now, the MTA uses occupational health and safety questionnaires to determine the medical condition and prior history of sleep apnea among New York City Transit subway train operators.  Operators identified as high-risk for sleep apnea are required to have an evaluation by a sleep specialist and if diagnosed, be treated for the disorder.

In December 2013, a Metro-North train derailed near Spuyten Duyvil, tragically killing four people and injuring sixty. NTSB determined later that the conductor of the train had sleep apnea, which had caused him to fall asleep at the controls. Following the deadly accident, the NTSB again recommended that the MTA develop protocols to screen Metro-North and LIRR employees for sleep disorders and ensure that any employees diagnosed with a sleep disorder receive the treatment that they need. Since then, Metro-North has taken steps to implement new safety procedures that will screen 410 engineers and 20 engineers-in-training. Under Metro-North’s recently announced pilot screening program, engineers will undergo an initial screening, based on industry best practices. Any engineers recommended for additional screening will undergo additional testing, and if needed, employees will be referred to sleep specialists for additional testing or treatment. Schumer today praised Metro-North for moving forward with their sleep apnea procedures and said this is a good step forward in making sure our trains are safe for commuters.

The MTA has yet to outline any specific plan and timeline for testing LIRR’s approximately 400 engineers for sleep disorders, and Schumer said that until testing is underway, the safety of the engineers and the hundreds of thousands of daily commuters is at risk. Schumer said that with a pilot program underway for Metro-North and its similar number of engineers, there is no good reason that both programs cannot be conducted concurrently.

A copy of Senator Schumer’s letter to Chairman and CEO of the MTA, Thomas Prendergast, appears below:

As you well know, after the tragic Metro-North derailment in Spuyten Duyvil that killed four people and injured sixty, the National Transportation Safety Board (NTSB) recommended that both Metro-North and the LIRR develop protocols for screening safety-sensitive employees for sleep disorders. The NTSB also recommended that Metro-North and LIRR ensure that any employees diagnosed with such a disorder, like sleep apnea, receive the treatment they need. Metro-North has already taken steps to implement new safety procedures that will screen all 410 engineers and about 20 engineers in training. This process will help keep employees healthy, passengers safe, and assist in preventing accidents like the tragic derailment in the Bronx.

It should not take another accident for MTA to heed the NTSB’s recommendations and test LIRR engineers for sleep disorders. The NTSB recommended that the Federal Railroad Administration require all railroads to screen for and treat sleep apnea more than a decade ago, after a 2001 accident in Michigan. I urge you to take steps to expand screening for sleep apnea and other disorders to LIRR engineers as soon as possible.

Thank you in advance for your consideration of this time sensitive request on such a critical safety issue. Should you have any questions, please do not hesitate to contact my office.