On Thursday, July 30 at 8 P.M., two of hip hop's biggest stars, Chuck D. and Eric B., will be making guest appearances on the Sounds of Film Radio Show, which airs on Stony Brook's ... 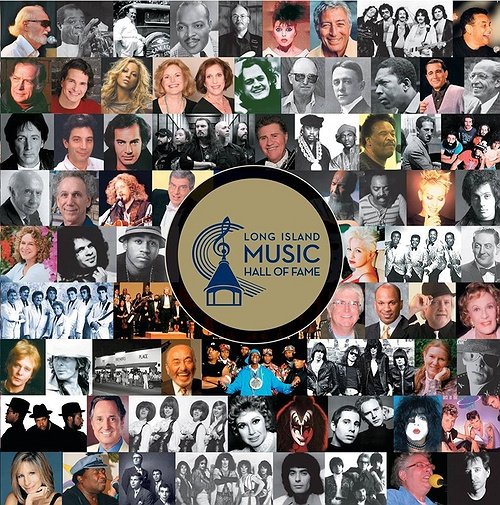 Photo by: Long Island Music Hall of Fame on Facebook

Long Island, NY - July 30, 2015 - On Thursday, July 30 at 8 P.M., two of hip hop's biggest stars, Chuck D. and Eric B., will be making guest appearances on the Sounds of Film Radio Show, which airs on Stony Brook's WUSB.  The two music legends will be performing at Nile Rodger's FOLD Festival at Martha Clara's Vineyard on August 5th.  They will be speaking with Long Island Music Hall of Fame's Vice Chairman Tom Needham about their upcoming performances and music careers.  "It is a true honor to have two of hip hop's most influential artists join me on the program," said Tom Needham.

Chuck D. is the leader of Public Enemy, a Long Island hip-hop group known for their politically charged lyrics.  Rolling Stone Magazine ranked them number 44 on its list of 100 Greatest Artists of All Time.  Their song "Fight the Power" was ranked number one on VH-1's 100 Greatest Hip Hop Songs.  They have been inducted into the Rock and Roll Hall of Fame and the Long Island Music Hall of Fame.  Their latest album is Man Plans, God Laughs.  Chuck D is very supportive of the Long Island Music Hall of Fame's new museum plans and said," Preservation is always great. These things, though, don't happen by themselves. Someone has to lead the way."

Eric B. is part of the celebrated Long Island hip-hop duo Eric B. and Rakim. Their critically acclaimed album Paid in Full just celebrated its 28th anniversary. In 2011, they were nominated for the Rock and Roll Hall of Fame. The group was inducted into the Long Island Music Hall of Fame in 2010. Eric B. is originally from Elmhurst, Queens, while Rakim is from Wyandanch, the future home of the Long Island Music Hall of Fame. Eric B.said, "I used to travel to back and forth between Wyandanch and Queens with Rakim to DJ."

The Sounds of Film is the nation's longest-running film and music-themed shows.  For over 26 years, the program has delivered a popular mix of interviews and music to listeners all over Long Island.  Recent guests on the show include Billy Joel, Dionne Warwick, William H. Macy, Peter Fonda, Rev. Jesse Jackson, Chazz Palminteri, Jesse Ventura, Nile Rodgers and Spongebob's Tom Kenny.

Long Island Music Hall of Fame (LIMHoF) is a 501(c)(3) museum organization dedicated to the idea that Long Island’s musical heritage is an important resource to be celebrated and preserved for future generations.  Since 2010, it has awarded nearly $20,000 in scholarships to individual music students, non-profit music organizations and selected members of area youth orchestras. In 2013, a special scholarship was awarded to a selected student at Hofstra University. Visit them at here.

For more information about the Long Island Music Hall of Fame and its scholarship program, contact LIMHoF Executive Director Joseph Jankowski at 516-938-1626 or info@limusichalloffame.org.