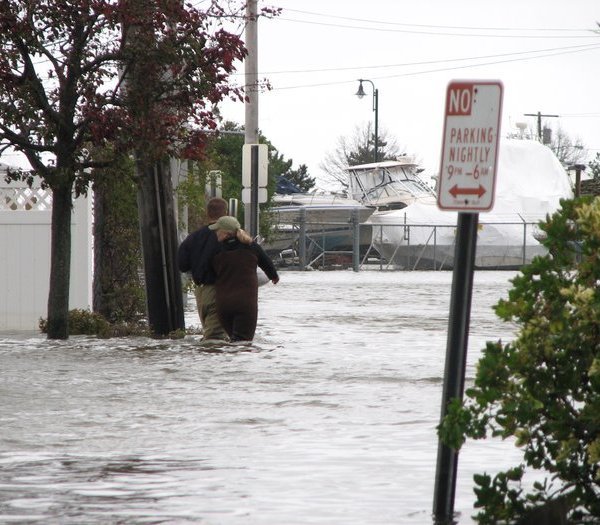 Lido Beach, N.Y. - March 4, 2014 - The U.S. Fish and Wildlife Service has just completed a major cleanup effort of post-Hurricane Sandy coastal debris at the Lido Beach Wildlife Management Area, on the western end of Long Beach Barrier Island. The operation will continue to Elizabeth A. Morton National Wildlife Refuge this week, and ultimately clean up 8 of the national wildlife refuge units on Long Island.

The Service awarded a multi-million dollar contract to Coastal Environment Group, Inc., a local, small, minority owned [8(a)/HUD Zone, MBE/DBE certified] company based in Edgewood, N.Y., to clean up the debris at these areas.

The debris field on Lido Beach included roofs, docks, boats, household chemicals and empty drums, among many other items. Coastal collected the Lido Beach debris by hand and then transferred it into marine landing craft for disposal at a facility in Hempstead in order to minimize damage to the environmentally sensitive marshes. Service biologists and independent project inspectors advised the company throughout the project.

This work was funded through the Disaster Relief Appropriations Act of 2013, which last spring furnished the Service with nearly $65 million in federal emergency funding for repair projects at national wildlife refuges and fish hatcheries along the Atlantic Coast that were damaged during the 2012 super storm. The initial contract awarded to Coastal Environment Group, Inc., for the company’s work on Long Island has a total base value of just under $4 million.

According to Refuge Manager Michelle Potter, habitat for many shorebirds, wading birds and wintering waterfowl will benefit from the debris removal. “About 100 species of birds such as black duck and Atlantic brant winter or migrate through the Lido Beach Wilderness Management Area each year. They rely on the food and shelter they find on Long Island. Clean beaches and wetlands are important for wildlife and for people living here,” she said.

Coastal Environment Group, Inc. has experience with the federal government on major environmental projects such as the response to Hurricane Katrina and remediation at Superfund sites.

The mission of the U.S. Fish and Wildlife Service is working with others to conserve, protect, and enhance fish, wildlife, plants, and their habitats for the continuing benefit of the American people. We are both a leader and trusted partner in fish and wildlife conservation, known for our scientific excellence, stewardship of lands and natural resources, dedicated professionals, and commitment to public service. For more information on our work and the people who make it happen in the Northeast region, visit www.fws.gov/northeast. Connect with our Facebook page: www.facebook.com/usfwsnortheast, follow our tweets: twitter.com/usfwsnortheast, watch our YouTube Channel: www.youtube.com/usfws and download photos from our Flickr page: www.flickr.com/photos/usfwsnortheast.

Clint Whitton, Project Manager of Coastal Environmental Group, can be reached for comment at 631/234-4100, cwhitton@coastalgrp.net.