The Mets put a rough weekend behind them last night, and the Yanks avoided a sweep before an off-day as Derek Jeter returned. 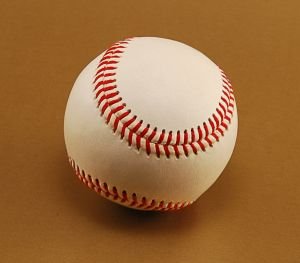 Mets Struggle in Washington, Bounce Back in Miami

The Mets look to have squandered all their offense in an 11-0 victory to start this weekend’s 4-game set against the Nationals.  They lost the nightcap of Friday’s double header 1-2, and had no more success on Saturday.

Dillon Gee gave up two back-to-back homers to Ian Desmond and Denard Span in the second inning, then allowed a 2-run blast off the bat of Bryce Harper to put Washington ahead 4-0 in the third.

Gee settled down and did not allow another run as he completed 7 innings, but the only run support on the day came in the sixth on a David Wright RBI single. The Mets lost 1-4 and Gee fell to 7-8 on the season.

New York’s offense was no less stifled on Sunday, but the Nationals hit Carlos Torres exceptionally hard. Two singles scored 3 runs for Washington in the second inning, and after Desmond hit an RBI single in the third Wilson Ramos smashed a grand slam into the stands, putting the Nats ahead 8-0.

Marlon Byrd put the Mets on the board with an RBI single in the top of the fourth and Torres was removed for the bottom of the inning, but the Nationals knocked in 2 more runs off Gonzalez Germen. They scored 4 more runs against New York’s bullpen over the course of the game, taking a 14-1 victory and 3 of 4 games from the Mets.

After playing three straight games of 1-run ball in Washington, the Mets were looking to break their bats out in Miami last night. Daniel Murphy made sure the team climbed out of its rut when he knocked in 2 runs on a single in the third inning, and soon came home himself on Wright’s proceeding double.

The Marlins tied the game up in the fourth, however, beginning with an Ed Lucas RBI triple off Jeremy Hefner. An Omar Quintanilla error at the end of the inning would allow two more runs to score before Jake Marisnick was thrown out at third for the last out.

Miami pulled ahead in the sixth on a 2 RBI single which knocked Hefner out of the game, but the Mets would retaliate in the top of the sixth. Murph cut the deficit down to 1 when he drove Eric Young home on a single, and tied the score at 5 when Marlon Byrd brought him home on a single. Ike Davis put the Mets ahead with an RBI single, establishing a 6-5 lead which held through the rest of the night as Bobby Parnell picked up his 21st save.

The Mets, who have struggled against the Marlins despite Miami’s poor record this year, will continue the series at 7:10 PM tonight, play the third game at the same time tomorrow, and finish the 4-game set at 12:40 PM on Thursday.

After getting hammered for 10 runs by the Rays on Friday, the Yankees saw a much stronger pitching performance when Ivan Nova took the mound for Saturday’s follow up. Nova was not perfect by any means, allowing 6 hits and 3 walks over the course of the day, but he kept the game scoreless through five innings.

Tampa Bay broke a 0-0 tie in the sixth inning when Kelly Johnson hit the Yankees’ young pitcher for an RBI single. Nova struck Jose Molina out to close the inning, collecting his 8th strikeout in the process, and stayed on to complete the seventh. Unfortunately, the team could not generate any offense behind him, and the Yanks lost 1-0.

Sunday’s close to the series began with a bit more festivity than usual—Hideki Matsui returned to the Bronx to sign a 1-day Minor League contract and retire as a Yankee before the game started, and Derek Jeter returned from injury for the second time this year.

Jeter got his second game of the season started right, turning the first pitch he saw into a homerun. Evidently the flash of power sparked the rest of the team into action, as Vernon Wells hit a sac. fly and Ichiro Suzuki singled Alfonso Soriano home to put New York ahead 3-0 in the first inning.

Phil Hughes gave up an RBI double to Johnson in the second inning, but the real damage came in the third when Wil Myers hit a 3-run homer to put Tampa on top 4-3. Jeter led the bottom frame off with a single, and Alfonso Soriano put the Bronx Bombers ahead again with a 2-run homerun.

Myers hit another homerun in the fifth, tying the game at 5-5, and Hughes was taken out of the game after he walked the next batter. The score remained tied until the bottom of the ninth when Soriano hit an RBI single to bring Bret Gardner home and give NY a 6-5 win. Mariano Rivera, who pitched the ninth with the score still tied, was credited with the win.

Following a day off for travel, the Yanks will face the Dodgers for the start of a two game set at 10:10 PM tonight, then play them at the same time tomorrow.