Hofstra junior Andrea Rebello was shot and killed early Friday morning by a masked gunman who forced his way into her rented home on California Avenue. 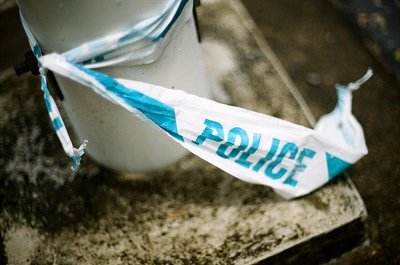 All flags at Hofstra University were flown at half-mast Friday for Andrea Rebello, a Hofstra student who was shot and killed early that morning near campus.

At around 2:15 a.m. on Friday, a young man wearing a ski mask and armed with a pistol knocked on the door of a home on California Avenue in Uniondale that was being rented by Hofstra students.  When one of the residents answered the door, the man forced his way in and held the three female residents and one male visitor hostage.

Two of the girls were Andrea Rebello and Jessica Rebello, twin sisters who attended Hofstra together.

The intruder allowed the third girl, who has remained anonymous, to leave the house to withdraw money from a nearby ATM.  While she was out, she called 911 and police arrived on the scene in minutes.

“Shortly after our arrival, a shooting took place where the suspect is killed and one of the female victims are killed,” said Deputy Inspector Kenneth Lack of the Nassau County Police Department to the New York Times.

The female victim was Andrea, a junior majoring in public relations from Tarrytown, New York.

There have not been any details released regarding if the intruder knew Rebello or any of the other residents.

'We don't know [the suspect's] motive at this time but it appears to be a robbery,' said Chief Rick Capece at a press conference on Friday.

The house where the shooting took place is across the street from California Avenue Elementary School, which was closed Friday in order to ease police investigations.

Meanwhile, Hofstra officials are reaching out to students who rattled by the murder that happened so close to campus in an area where many students rent homes together.

“We do not yet know all of the relevant details,” said the president of Hofstra University, Stuart Rabinowitz, in a statement to the Hofstra community. “What we do know is that a young member of the Hofstra family has been taken from us in a senseless act of violence. Our hearts and minds and our thoughts and prayers are with her family, her friends and her classmates.”

The shooting took place on the last day of finals for Hofstra students, and two days before the Spring commencement ceremonies.  All events at Hofstra are expected to go on as scheduled.