This weekend, sixty-four fish were caught off of Montauk, and all were released in order to promote sustainability and awareness of shark species in the area. 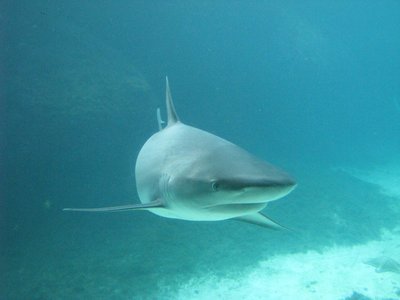 This weekend, Long Islanders took a new spin on their annual shark fishing tournament off of Montauk, and decided to release all sharks that were caught.

Montauk Marine Basin hosted the first ever no-kill tournament in the area, and had all participants use circle hooks, release their catches, and put tracking chips on some of the sharks caught depending on their species, according to the Sag Harbor Express.

Sixty-four sharks were reeled in this weekend at the tournament, which was hosted by Sean and Brooks Paxton, also known as the Shark Brothers. They formerly supported tournaments that involved killing sharks, but they have since become advocates for catch-and-release.

"We realized after a while that we could still enjoy the sport, but do it in a more sustainable way," said Sean Paxton to CBS News.

"Sharks are very much in trouble. Certain numbers, certain species are down 80 to 90 percent since the late '60s, early '70s. They need some help," added Brooks Paxton.

Shark fishing first picked up speed in Montauk in the 1970s after “Jaws” hit theaters – the shark thrilled that based its shark hunter, Quint, off of legendary Long Island fisherman Frank Mundus.

Four of the sharks caught are being tracked online using OCEARCH Global Shark Tracker, including the movements of Beamer, a seven-foot, 250-pound blue shark.  Their movements can be seen here.

"That's the beauty of satellite tags, because any kid anywhere in the world can go on and track these fish. They could catch a fish here in Montauk today and it could be in Cuba in a few months, it could be in Florida, it could be anywhere. And just the fact kids can see where these fish migrate and keep them interested -- that's what we want to get, the next generation to care about these fish," said Brooks Paxton.

They are hoping that the catch-and-release practice will be adopted by other shark tournaments to protect area sharks.