Ebola Outbreak a Threat to the U.S.?

Since March the largest Ebola outbreak in history has infected at least 1,200 people and killed more than 670 of them, including two Americans. What's the chance of it spreading to the U.S.? 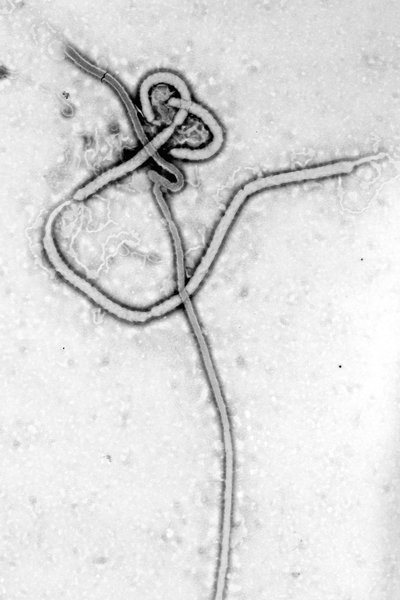 The fear is the Ebola virus is only a short plane ride to the U.S., but according to the Centers for Disease Control, Americans face little risk.

The deadly germ has hit several West African countries, including Liberia, Sierra Leone and Guinea, and has infected at least 1,200 people and killed more than 670 of them since March. Those affected include two American aid workers in Liberia.

Being the largest Ebola outbreak in history and after an incident of the virus carried to another region by plane – via a passenger who later died – worry began as to the risk the U.S. faces. A telebriefing on Monday with the CDC provided an official word as to what threat there is to the U.S, stating the likelihood of this outbreak spreading outside of West Africa is very low.

“Ebola poses little risk to the U.S. general population,” according to Stephan Monroe of CDC’s National Center for Emerging & Zoonotic Infectious Diseases in the telebriefing.

The Ebola virus is not contagious until individuals show symptoms, including fever and vomiting. And even then, “transmission [has to be] through direct contact with the bodily fluids of an infected person.”

The virus is clearly deadly and requires an incubation period of as long as 21 day to determine if an individual has developed symptoms after contact with an infected person.

Thus far, the World Health Organization has not recommended any travel restrictions.

Action is however being taken to alert healthcare workers in the U .S. on how to isolate and test suspected patients to limit infection.

There’s no clear answer to when the Ebola outbreak will be over, but it is defined as when nobody has been diagnosed for six weeks, or 21 days.