A new study conducted by Oceana reveals that a massive amount of seafood is being incorrectly labeled and sold to consumers under false pretense. 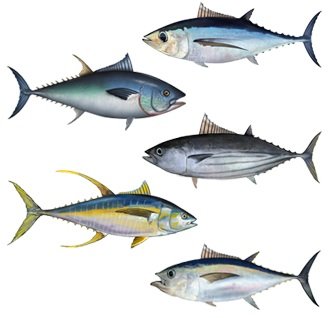 A report issued today by ocean-protection advocacy group, Oceana, reveals that startling quantities of fish are being labeled as the wrong species in restaurants and grocers across the country. The study, which examined 1,215 samples obtained from 674 locations in 21 different states, found the DNA of 33 percent of those samples did not match the breed of fish they had been sold as.

“Some of the fish substitutions we found are just disturbing,” said Dr. Kimberly Warner. “Apart from being cheated, many consumers are being denied the right to choose fish wisely based on health or conservations concerns.”

The most commonly misrepresented fish were snapper and tuna, which were substituted for other breeds 87 and 59 percent of the time respectively. Tuna was most often substituted for escolar—a snake mackerel—which contains a natural toxin that can cause mild to severe gastrointestinal distress when consumed. Because escolar can be so dangerous, countries with sizeable fish cultures such as Japan and Italy have banned its sale, while the FDA advises against its consumption in the US. Of the mislabeled tuna that was not escolar, different species were labeled as one breed of tuna when they were actually another. Though not as immediately dangerous as escolar, varying levels of mercury can be found depending on the breed and origin of the fish; swapping different types of tuna circumvents a person’s ability to make an educated purchase designed to limit mercury intake and prevent poisoning.

Other substitutions included marking tilefish as red snapper and halibut, king mackerel and pangasius as grouper, tilapia as red snapper, speckled hind as red grouper, and farmed salmon as wild or king salmon.

Of the outlets observed, nearly half were guilty of selling incorrectly labeled fish. Restaurants, particularly sushi venues, were the worst offenders with sushi establishments misrepresenting 74 percent of their selection and other restaurants selling 38 percent of their wares as the wrong fish. Grocery stores had fewer discrepancies, mislabeling only 18 percent of their stock.

Unfortunately, it is unclear whether all or even any of the blame for this fraud can be placed on the restaurants and shops. Over 90 percent of seafood in the US is imported, and the global supply chain of fish is complex and poorly regulated. Fisherman are primarily responsible for providing information about their own catches, and over half of their hauls are cut and processed onboard, making it even easier to pass off one breed for another. The government only inspects 2 percent of imported fish for fraud, allowing easy deception of clients and consumers at many levels of the trail from sea to plate.

Upon publishing this study, Oceana has called for a better tracking system of fish brought to the United States. Knowing what is actually being sold and where it came from can help prevent health risks, stop illegal practices, preserve endangered species, and ensure consumers are not buying overpriced substitutes for more desirable fish.