Representatives of the LIRR unions say they have reached a tentative deal with the MTA that would prevent Sunday’s potential strike. 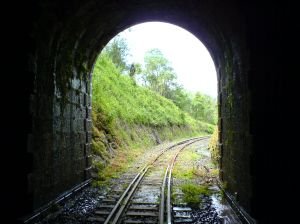 The new contract will last for 6.5 years and is said to put no additional pressure on train fares. Full details of the deal are not likely to be released until the LIRR labor unions have had an opportunity to review it. Labor representatives are hopeful to have the contract ratified by mid-August.

According to a statement released by Governor Cuomo, the agreement provides the 17% wage increase recommended by the Presidential Emergency Board and includes healthcare contributions by LIRR workers for the first time.

“Resolving this contract dispute is the right thing to do, and the agreement we have reached today is fair to all parties,” the Governor said. “It recognizes the many contributions of the LIRR’s hardworking employees, while also maintaining the fiscal integrity of the MTA.”

Original Story - When negotiations broke off on Monday without a compromise being reached it looked all but certain that a strike of the LIRR union workers would cripple Long Island’s public transit system and severely slow access into Manhattan. No further negotiations were planned at the time, and neither side was willing to budge any further on a disagreement over conflicting proposals for healthcare and pension payments by both current and future LIRR workers.

“The unions representing Long Island workers have done all in our power to reach a reasonable settlement in four years of bargaining,” said union spokesperson Anthony Simon in a letter to the public. “We have accepted the compromise recommendations of two Presidential Emergency Boards… We have offered to delay the strike for sixty days or less. We have made counter-offers that address MTA demands, but every time MTA just moves the ball… MTA has refused every compromise.”

Prior to the end of talks on Monday, Governor Andrew Cuomo publically stated that he did not intend to get involved in the labor dispute as he did not feel it was the place of the governor to do so. Congress, which has the legal authority to force a compromise between railways and unions, also chose not to get involved. Though it appeared heavy traffic, crowded buses, and a busy temporary ferry line would be nearly unavoidable come the start of next week, a glimmer of hope arose when the Governor reversed course and called the MTA and unions back to the bargaining table yesterday, then arranged for negotiations to continue at his Manhattan office this morning.

“The parties returned to the negotiating table yesterday morning at my request,” Cuomo said in a statement. “Late yesterday, when the conversations had not been fruitful, I began participating in them directly. Those conversations proceeded until late into the night.”

Moving talks to the Governor’s office has evidently been successful, as the MTA and labor unions have reportedly struck a tentative deal that would prevent Sunday’s planned strike.

Details of what the purported deal would entail have not yet been revealed, and the MTA has thus far remained silent.