The Crisis Center urges everyone to be aware of the possible “signs of suicide". 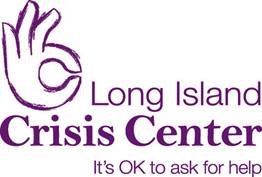 Bellmore, NY – April 15, 2013 – According to a recent study issued by the Annenberg Public Policy Center, widely-held views that there is a suicide spike during the winter holidays is untrue.  Instead, suicide and suicide attempts actually spike during the spring/summer months. “We know that this finding is counter-intuitive to commonly-held beliefs,” states Theresa Buhse, Associate Executive Director, Long Island Crisis Center.  “However, by correcting this myth, we can be more pro-active in being suicide aware and preventive if we know the reality.”

The Crisis Center urges everyone to be aware of the possible “signs of suicide:”

“While this seasonal enigma has not yet been completely explained, it is believed that during the winter, people with depression are often surrounded by persons who are feeling downhearted, too, because of the weather,” continues Ms. Buhse.  “However, with the arrival of Spring, people who were feeling down because of the weather start to feel better; and people who are depressed for other reasons remain depressed.  They start to question whether they will ever be happy.”