Bill and Hillary Clinton to Hold Upscale Fundraiser in Bridgehampton

The fundraiser on the eastern end of Long Island which supports the Clinton Foundation is going for $5,000 a seat. 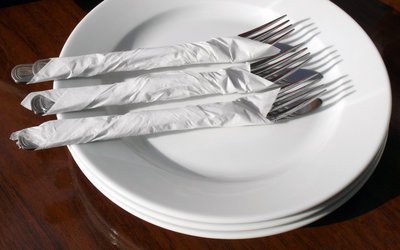 The Clintons are coming to Long Island next month. On August 23, Bill and Hillary Clinton will be hosting an upscale fundraiser out east in Bridgehampton for their Clinton family foundation. The Clinton Foundation runs youth programs for childhood obesity, sponsored an energy efficiency program which saves the Empire State Building $2.3 million a year, and has been active in Haiti since the massive earthquake in 2009.

Invitations for the event billed as a “Very Special Dinner with President Bill Clinton and Secretary Hillary Rodham Clinton” went out last week. The $5,000 a person cocktail and dinner party is the first event the two have spoken together at since Hillary Clinton left the State Department.

The invitation for the fundraiser reads, "All proceeds will support the life-changing work of the newly renamed Bill, Hillary & Chelsea Clinton Foundation - improving global health, strengthening economies, promoting health and wellness, and protecting the environment by fostering innovative partnerships among businesses, governments, NGOs, and private citizens culminating in an intimate conversation with the Clintons where they will take questions from guests."

The political couple recently renamed their charity the Bill, Hillary, & Chelsea Clinton Foundation earlier this year. The fundraiser is a chance for Hillary Clinton to collect donors for a possible 2016 Presidential bid.

The Bridgehampton Fundraiser isn't the first time the Clintons have made themselves comfortable in one of the ritzier areas of Long Island's eastern end. The American political family frequently vacations on the East Hampton corner of Lily Pond Lane during the summer. The Bridgehampton fundraiser coincides with this annual week away from politics they spend out east in an area deemed the "playground for the rich."