The Long Beach Chamber of Commerce will hold the first of its two Street Fairs this weekend, Saturday, July 20 and Sunday, July 21 from 10 a.m. to 6 p.m. on Shore Road from Long ... 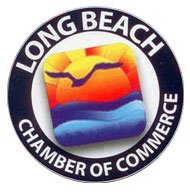 Long Beach, NY - July 17th, 2013 - The Long Beach Chamber of Commerce will hold the first of its two Street Fairs this weekend, Saturday, July 20 and Sunday, July 21 from 10 a.m. to 6 p.m. on Shore Road from Long Beach Road to Riverside Boulevard through the Super Block.

“The Chamber will turn the Super Block into a Street Fair, music festival extravaganza with something for everybody in the family,” said Chamber Executive Vice President Mark Tannenbaum. Tannenbaum said that the fairs would feature local businesses and eating establishments. “You’re going to see a lot of local merchants. You’ll see a lot of the local food establishments. Plus, we’re going to have a sampling of the different craft items that people come to these fairs for.”

Nassau County Craft Shows, which organizes similar events at various Nassau County Parks and for other Nassau Chambers, will produce the street fairs in conjunction with the Chamber.

Booth prices will range from $125 to $400, with heavily discounted prices for local businesses and Chamber members.

Tannenbaum said that he is expecting over 100 vender booths to be in operation as well as a number of food trucks. The only food vendors permitted, according to the Chamber, will be those from Long Beach Island and Island Park. Retail, craft fair and other businesses that do not compete with local merchants will participate in the fair. Tannenbaum said “We’re going to have things that the other shows don’t — we’re going to have a whole section for rubber rides, games, face painting and clowns and cotton candy and balloon making, so it becomes a family event,and then we’re going to have a complete sound stage set up with musical entertainment both days, all day long.” Though the city and the Long Beach Historical Society host two arts and crafts fairs in July and August, Tannenbaum said that the Chamber’s events will feature a larger variety of food and retail vendors.

Additionally activities for families and live music will be featured on both days noon to 6 p.m.

The live music is organized by Artists in Partnership Inc., which holds events like the Folk-to-Funk and the Barrier Beach Blues and Arts festivals.

The Chamber’s fair has a lineup of 12 local and regional musical groups featuring a selection of YOUTHWAVE and A DAY OF AMERICANA musical entertainment. The Chamber came up with the idea of holding a street fair on the boardwalk about a year and a half ago, explained Tannenbaum.

“After Sandy, however, the concept took on a sense of urgency and we had to think out of the box”, and the street fairs were among a number of ideas that the Chamber proposed in March to help local businesses. “The idea of the Street Fairs is to both attract additional visitors to Long Beach and give the local merchants and eating establishments additional exposure as the Chamber does with its famous Restaurant Weeks.” said Tannenbaum. The food trucks now operating on Riverside Boulevard, as a food court will also take part in our fair, Tannenbaum said, adding that, to date, more than 90 businesses have signed up to participate, and organizers are hoping for a turnout of 5,000 to 10,000 people. “I would be excited if we had 100 or more [vendors] because we’ve never done this before,” he said. “Already, we’ve had about 90 plus participants sign up … there were a few new businesses that joined the Chamber, and the reason they gave was to take part in the street fairs.” So come to Long Beach this weekend, take part and enjoy the summer at the Chamber’s Street Fair and Musical Festival and visit, shop, dine and use the beautiful beaches of the City by the Sea.