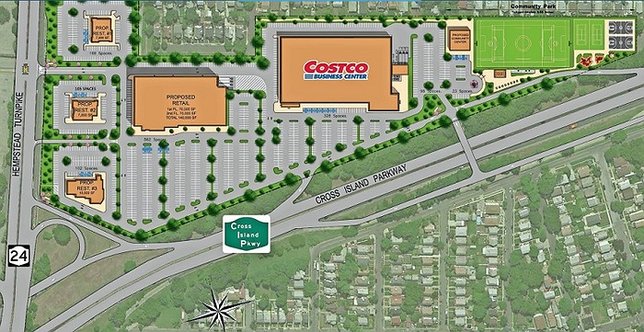 BDG anticipates its proposal will generate approximately 300 construction jobs and between 600 and 875 new permanent jobs.

Elmont, NY - July 16, 2016 - Blumenfeld Development Group (BDG) fully supports Elmont community members who raised their voices today in protest of a proposed stadium by the New York Cosmos soccer club. Opposition to the Cosmos stadium has been vociferous, consistent, and unwavering since the day the proposal was announced. The community has made it clear it wants a development that would be more meaningful to the daily lives of residents.

BDG has offered a development proposal that reflects the vision the community laid out back in 2008 for the Belmont sub-district. BDG’s plan is to develop a community-minded commercial complex that will create a dynamic gateway for the Elmont community. The project will anchor the western commercial corridor along Hempstead Turnpike and provide a shopping, dining and recreational experience for the entire family. In addition, the project will cater to patrons of Belmont Racetrack and provide a destination that will keep them in the community.

BDG is the only development team with a commitment from Costco for the Belmont Parcel. In fact, Costco representatives attended BDG’s community presentation at the Elmont Public Library on May 18th as members of the BDG team. At the meeting, Costco highlighted it is committed to bringing the greater New York area’s first “Costco Business Center” to Belmont Park to serve the Elmont community.

With Costco as its anchor tenant, BDG is confident it will able to attract other exciting national retailers, such as Target and Trader Joe’s, and a wide variety of healthy, family-friendly restaurants that will appeal to local residents as well as visitors to the Elmont community. The plan also includes a park with recreational facilities and a community center.

Most importantly, BDG anticipates its proposal will generate approximately 300 construction jobs and between 600 and 875 new permanent jobs.

Since 1978, BDG has earned a stellar reputation for successful retail development that invigorate local economies by repurposing underutilized sites to enhance the surrounding community.