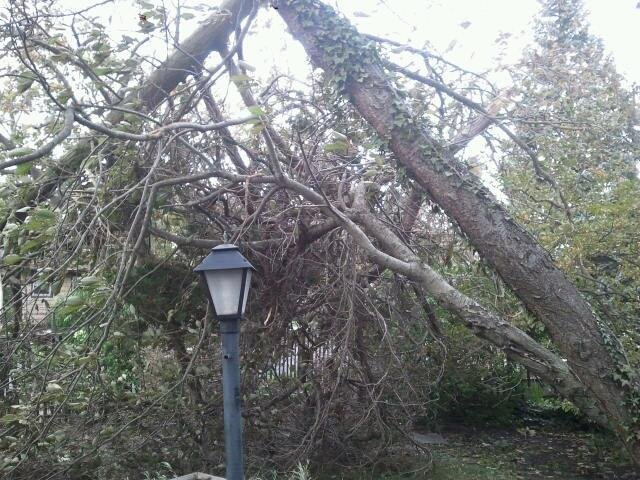 “Over the past two years, communities all across New York witnessed and experienced the incredible fury and destruction caused by extreme weather,” Governor Cuomo said. “Homes, businesses and infrastructure were destroyed in communities impacted by Sandy, Irene and Lee. But despite the terrible blows that Mother Nature has dealt us, we are continuing to build back stronger and smarter to ensure the safety of all New Yorkers in the future. With extensive backgrounds in civil service, emergency management, and community relations and planning, these professionals that I am appointing today will be integral in moving the State’s recovery work forward.”

The Governor has appointed Seth Diamond to serve as Director of Storm Recovery. Mr. Diamond will oversee the State’s storm recovery initiatives for Sandy, Irene and Lee, including housing, business, transportation, coastal and inland infrastructure, and local community planning programs. In this position, he will work with both state and federal agencies involved with recovery and rebuilding efforts.

Most recently, Mr. Diamond was the Commissioner for the New York City Department of Homeless Services, a position he has served since April 2010. As Commissioner, he led the agency responsible for providing shelter and outreach services to the city’s homeless. He was also a part of the city’s disaster management leadership team, managing evacuation locations for all city residents.

“New York City owes a debt of gratitude to Seth Diamond for his leadership over the past 23 years," said Mayor Michael R. Bloomberg. "Serving through two administrations, Seth helped implement the country's largest welfare reform initiative and assisted in the creation of our City's Back to Work and WeCARE programs. As Commissioner of Homeless Services, Seth led our effort to help more individuals and families in the shelter system connect with employment and work. On behalf of those men and women, and everyone else whose lives he has touched, I thank Seth for his leadership and compassion.”

Before joining the Department of Homeless Services, Mr. Diamond served as Executive Deputy Commissioner of the Family Independence Administration at the Human Resources Administration, overseeing all aspects of the city’s public assistance and food stamp programs. Previously, he served as a policy coordinator for former Mayor Rudolph Giuliani and a special counsel for former City Council President Andrew J. Stein. Prior to joining the public sector, Mr. Diamond was an associate at Arnold & Porter in Washington D.C. and worked in communications for the Moynihan Committee in New York City.

The Governor has made the following appointments to oversee various regions in the Community Reconstruction Zones (CRZ) program. The CRZ program is a bottom-up, community driven initiative that will empower localities that were severely damaged by Sandy, Irene, or Lee to develop comprehensive and innovative local rebuilding plans that will be funded by the state and federal government.

Lori DuBord will serve as Lead of the Catskills/Mid-Hudson CRZ program. Ms. DuBord most recently served as District Representative in the Office of Congressman Maurice Hinchey, where she worked with all levels of government, nonprofit organizations, and the private sector on issues related to federal programs and funding. Prior, she served as Deputy District Representative and Federal Liaison for the Congressman.

Laura Munafo will serve as Lead of the Nassau County CRZ program. Ms. Munafo most recently served in the Nassau County Office of Emergency Management as a Community Service Representative. In this capacity, she developed and oversaw FEMA’s Sheltering and Temporary Essential Power Program for Nassau County following Sandy. She also served as a liaison on behalf of the County with FEMA, New York State, and localities during and following the storm. She has worked on the County’s efforts to provide long-term housing solutions for Sandy survivors.

Vanessa Lockel will serve as Lead of the Suffolk County CRZ program. Ms. Lockel is currently the New York City Regional Director for the American Beverage Association. Previously, she had served in the public sector for several years. She was Deputy Press Secretary and Financial Education Coordinator in the Office of State Comptroller Thomas DiNapoli and Director of Community Outreach in the New York State Banking Department.

Claudia Filomena will serve as Co-Lead of the New York City CRZ program. Ms. Filomena has worked for New York City since 2006. She is currently the Queens Director for the Community Affairs Unit in the Mayor’s Office, serving as the liaison between the Bloomberg Administration and community groups in Queens. In this position, she directed Superstorm Sandy relief efforts in South Queens and responded to city-wide emergencies, including multiple building vacates, weather emergencies and fires.

Chelsea Muller will serve as Co-Lead of the New York City CRZ program. Ms. Muller is the Executive Director of Rebuilding Together NYC, a nonprofit organization for safe and healthy housing, providing repairs and modifications to low-income homes and nonprofit facilities. Previously she was Program Director for Rebuilding Together South Sound – Tacoma, Washington. Before joining the nonprofit sector, she worked in the media industry in Nevada and Oregon.