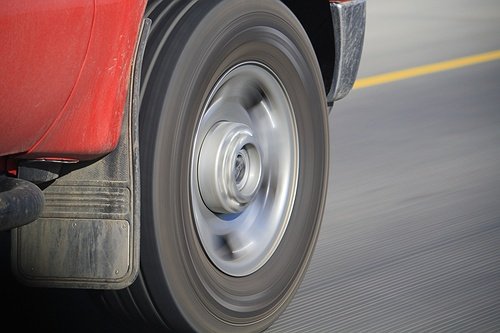 Mineola, NY - September 8, 2014 - On the eve of the widely expected announcement of the new iPhone 6 and as students across the country hit the roads on a daily basis with the start of the new school year, Nassau County District Attorney Kathleen Rice, in a comprehensive new five-point plan, called upon smartphone device manufacturers, auto insurance companies, local courts and local law enforcement to join her in taking enhanced efforts to help end the deadly and costly epidemic of driving while texting.

“Research suggests that driving while texting can be as dangerous as driving while drunk, and even more pervasive, especially among young people,” DA Rice said. “It’s well established that the practice robs people of their lives and futures. Tackling this problem will require a concerted effort by numerous sectors of commerce and government. In addition to announcing my own office’s reforms, my five-point plan makes specific recommendations to the tech and insurance industries, as well as our local courts and law enforcement – recommendations that can save lives and should be considered without delay.”

1. Smartphone Operating Systems. DA Rice sent a letter today to the heads of Apple, Google, Microsoft and Blackberry urging the companies to take the technologies behind various existing third-party apps to block texting during driving and incorporate them directly into smartphone operating systems, thereby vastly expanding the reach of such technologies into the hands of hundreds of millions of users. If cell phone manufacturers can make "kill switches" standard to help prevent thefts, they can certainly make certain apps standard to save lives.

2. Auto Insurance Rate Structures. DA Rice sent a letter today to three of the nation’s largest insurance industry associations, whose members cover millions of Americans, asking them to urge auto insurance providers to give discounts to policyholders who use devices or apps that block texting during driving.

3. Court Discretion. DA Rice announced today that she will recommend to the sentencing court the use of these devices in any case involving a texting violation. Where any charge is being reduced as a part of a guilty plea, she will mandate the device as a condition. There will be a specific plea program for young drivers that employs these devices pre-sentence to allow the young driver to earn a reduction in the charge and sentence. Like ignition interlock devices, transdermal alcohol monitoring ankle bracelets and personal breath testing instruments, DA Rice believes that available technologies must be employed in criminal sentences to change behavior and save lives. The cost of each of these devices would be borne by the offender.

DA Rice also sent letters today to Nassau County Executive Edward Mangano and local magistrates, under whose jurisdictions most summonses for driving while texting are handled, to encourage them to adopt this same discretion.

4. Law Enforcement. DA Rice sent a letter today to Nassau County Police Department Acting Commissioner Thomas Krumpter, as well as other local police departments, supporting enhanced enforcement and specifically requesting that summons for texting while driving be issued when factually appropriate, even where arrests for higher level, criminal charges - like reckless driving - are being made.

5. Public Awareness. DA Rice announced today that her office will create a web page to aggregate resources for those interested in technology and education designed to combat distracted driving, and a multitude of other safe driving issues. In addition, DA Rice will add information about distracted driving devices and apps to her "Choices and Consequences” high school education program, which already addresses texting while driving along with drunk, drugged and other forms of reckless driving.

WHAT IS THE TECHNOLOGY?
Hardware and software solutions that block texting during driving are currently produced by various manufacturers and software developers, and are constantly under development. The DA’s office does not endorse any particular company and is in the process of reviewing specific solutions based on their features and services. Critical features include security measures to make the solutions tamper-proof, and data integrity measures to ensure accurate reporting to courts, law enforcement, parents and guardians.

HOW DANGEROUS IS DRIVING WHILE TEXTING?
Various government, corporate, and academic studies have endeavored to paint a clearer picture of the perils of driving while texting (DWT), all arriving at near-identical conclusions:

HOW WIDESPREAD IS DRIVING WHILE TEXTING?
According to the National Highway Traffic Safety Administration, about one out of five drivers report sending text messages or emails while driving. The rate is much greater for younger people: about 50 percent of all drivers ages 18 to 24 report driving while texting, and about one in four drivers ages 25 to 34 report driving while texting. A recent NHTSA study found that among drivers using cell phones while driving, eight to 11 percent of them texted during the years between 2002 and 2007. By 2012, that figure had risen to 36 percent.

The North Shore-LIJ health system’s Cohen Children’s Medical Center released a study last year reporting that driving while texting has become the leading cause of death among teens in America, surpassing driving while intoxicated. The study confirmed a 2007 study performed by the Children's Hospital of Philadelphia, State Farm Insurance Study and the NHTSA.

Despite government awareness efforts, corporate outreach campaigns, state laws, and highly-publicized, all-too-frequent tragic events, over 77 percent of young drivers still say driving while texting is “safe” for them and 55 percent even dub it “easy” for them to do. Worse still, whether a child feels that way or not, or choses to personally text or not, he or she still has a nearly 50 percent chance of being in the car with a texting driver. This epidemic is disproportinately affecting children as both drivers and passengers.

RECENT HISTORY
Governor Andrew Cuomo and the New York State Legislature have taken an aggressive stance against driving while texting, recently strengthening the law to give a driver convicted of the violation five points on his or her driver’s license, enhancing license or permit suspensions and revocations for young drivers, creating "Text Stop" locations along highways, and enhancing enforcement of the driving while texting law.

Today’s announcement is the latest in a long history of proactive and progressive policy proposals by DA Rice for safe driving and boating. Her office has received national attention for her aggressive approach to DWI and vehicular crimes, and she continues to address gaps in vehicular crimes statutes, such as pushing for higher penalties for leaving the scene of an accident and pushing to improve New York’s boating safety laws, regulations and practices.

Photo by SEPpics via Free Images