It's been 30 years since the legendary New York Cosmos have played in a professional soccer league, but this year they will again take the field at the North American Soccer League Fall Championship--and they ... 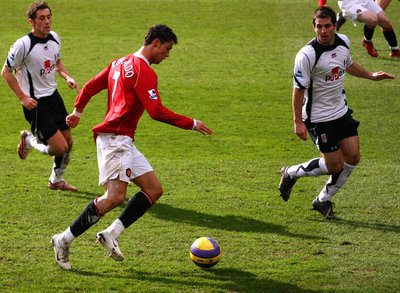 It’s been 30 years since the legendary New York Cosmos have played in a professional soccer league; but this year they will again take the field at the North American Soccer League Fall Championship—and they want to make Belmont Park in Elmont their home.

The development project also involves transforming two sections of Belmont Park into a mixed-use complex that would include nine eateries, approximately 250,000 square feet of retail space, a 175-room hotel and a 4.3 acre public park.

“This project, bringing a stadium, retail, restaurants and a park for the local community is just the shot in the arm our local economy needs,” said Long Island Association President Kevin Law. “Long Island has been hit particularly hard by the economic downturn. Elmont Town Crossings will enable us to take a step forward.”

Strongly committed to giving back to the community, the Cosmos’ proposal also includes the construction of a smaller soccer field with a commitment to enhance the surrounding landscape and to keep the site open for local soccer teams to practice and play on. The team is also pledging $2.5 million for the redesign and development of community soccer fields.

“We plan to develop an iconic project for the region and build a state-of-the-art stadium that will make Nassau County and the entire region proud,” said Chairman and CEO of the New York Cosmos Seamus O’Brien.

“Belmont is an ideal location and a win-win for everyone involved. Nassau County and Elmont will realize much needed economic growth, and local residents will have a year-round premier destination they can call their own,” he continued.

If approved, construction of the project will begin next year and is expected to be completed by the end of 2015 and open in spring 2016.

"I'm happy to see the New York Cosmos bringing resources together, to create a permanent place for our generations of fans to call home. And I am pleased with any project that gives back to the community," said legendary Brazilian forward Pelé.

The project proposal is currently being reviewed by the Empire State Development Corporation.

Include your opinion about the Elmont Town Crossing project below or on our Long Island Living Discussion Forum.