To educate pedestrians and drivers alike on the dangers of crossing busy streets, Nassau County Executive Edward Mangano joined up with other politicians and transportation authorities to produce a video featuring friends and family of ... 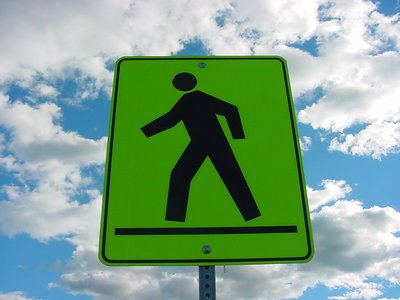 On Tuesday, Nassau County released a video on Youtube to urge pedestrians to exercise caution when crossing the street – especially busy roads like Hempstead Turnpike and Sunrise Highway.

The 13-minute video titled "Walk Safe Nassau" includes brief interviews with friends and family of teenagers who have died while trying to cross the busy streets of Nassau County, including those who knew Anthony D’Alessandro, a 16-year-old student from Levittown who was struck and killed while crossing Hempstead Turnpike in 2012; Brittany Vega, a 14-year-old from Wantagh who was killed while crossing Sunrise Highway on her way to school in 2010; and Lauren Davis, an 8-year-old from Levittown who was fatally struck by a vehicle on Hempstead Turnpike in 2009.

Though many of those being interviewed are teenagers, it is evident that they have come away from the tragedies with pieces of wisdom regarding pedestrian safety.

“It’s a combination of both kids not paying attention and drivers being reckless as well,” said Codin Simone, a friend of D’Alessandro, in the video.

“Unfortunately, it did take Anthony’s death for me to realize that Hempstead Turnpike is a lot more dangerous than you think,” said another friend, Megan McCarthy.

“My administration launched the Walk Safe Campaign after several residents tragically lost their lives on our local roadways,” said Mangano in a press release. “This new teen tragedy tell-all video brings much needed attention to the importance of pedestrian safety. As residents enjoy the summer, we remind them of the importance of pedestrian safety while walking outdoors, visiting our beautiful parks and driving in our local neighborhoods.”

Many of the family members and friends interviewed also stressed the need to use crosswalks,  not be on a phone while walking down the street, take earbuds out so that you can hear what is going on around you, and take hoods off so that you can better see approaching traffic.

“Many people do not consider the dangers of crossing the street outside of the crosswalks or when the stop-light is green. This new presentation will help educate our community and help us spread the word on safety to all residents,” Mangano added. “It is my hope that every Nassau resident gets to view this program and will take the proper measures when crossing the street as a pedestrian or crossing through an intersection as a driver.”