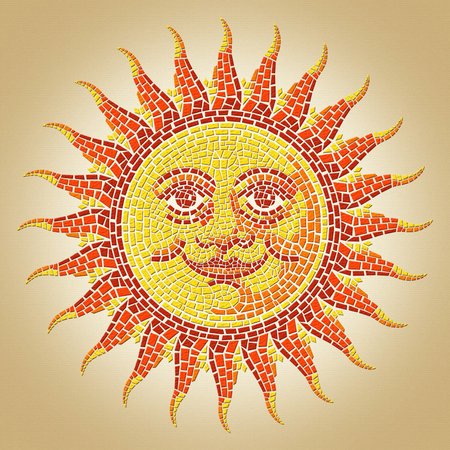 Albany, NY - July 9, 2013 - Governor Andrew M. Cuomo today announced that $54 million has been awarded under his NY-Sun initiative for 79 large-scale solar energy projects across the state. The new projects will add 64 megawatts to the state’s solar capacity.

“With these major investments through the NY-Sun initiative, New York State is leading the nation in solar energy generation, addressing climate change and growing our clean energy economy,” Governor Cuomo said. “Not only will these projects benefit our environment by reducing dependence on fossil fuels and using renewable energy, but they are also creating well-paying jobs for New Yorkers. These are necessary investments for a bright future in our state.”

The announcement today includes awards made to 20 recipients to finance projects at 79 large-scale solar energy sites in 26 counties across the state. Installations will be located at businesses, factories, municipal buildings, colleges and other larger commercial and industrial companies and institutions. Some projects taking full advantage of this construction season may be on line by the end of this year, but most are expected to be completed in the first half of next year.

As a result of the NY-Sun initiative, more photovoltaic (PV) systems are now being deployed in the state than in the prior decade. The $54 million from the State, awarded through a competitive program, leverages $120 million in private investment, resulting in roughly $174 million in infrastructure projects.

The NY-Sun Competitive PV Program, which provides incentives for PV systems larger than 50 kilowatts, is administered by the New York State Energy Research and Development Authority (NYSERDA). Funding per project is capped at $3 million, and all projects require co-funding to leverage state resources.

“Governor Cuomo's NY-Sun initiative has led to unprecedented demand for solar power among large electric consumers. Less than two years old, this is a great success story for New York," said Francis J. Murray Jr., President and CEO, NYSERDA. "The investments we are making in solar power will help businesses around the state control and reduce their utility expenses, while increasing the amount of electricity the state gets from renewable energy and reducing demand on the electric grid.”

Today’s awards are made under the second of three rounds of the NY-Sun Competitive PV solicitation, which is a key component of New York’s Renewable Portfolio Standard program. Proposals for the third round are due August 29.

Potential locations of solar energy sites, pending approval of permitting and other requirements, by region include:

Clarkson University President Tony Collins said, “Clarkson University is committed to being a green campus – in our facilities, in the way that we operate, in our curriculum and in the experiential learning opportunities and research undertaken by our students, faculty and staff. Governor Cuomo’s NY-Sun initiative provides another avenue to build the knowledge base in sustainable technologies and demonstrate energy alternatives for our communities. Renewable energy is vital to our state’s economic prosperity, our national security and the stewardship of our natural environment.”

RIT President Bill Destler said, "We commend Governor Cuomo and the NY-Sun initiative for providing leadership and bolstering solar power across the state. At RIT, we are committed to sustainability by using renewable energy and reducing energy costs. We also see potential for this program to have educational benefits. For example, having access to the energy output and performance data of a large system would enable classes to examine the business case of solar energy as well as what it means for our carbon footprint."

Thanks to a steady decline in solar costs in the past two years, incentive amounts have been reduced, allowing for more projects to be awarded. In the past two years, the portfolio-weighted average incentive has dropped from $1.30 per watt to $0.93 per watt, then to $0.88 per watt. Today’s awards represent a portfolio-weighted average incentive of $0.84 per watt, or about 31 percent of the cost to build these projects.

The projects are meant to produce power for on-site use, not for direct sale to utilities. Under certain circumstances, however, unused power can be added to the grid in exchange for future utility credit.

NYSERDA also offers a smaller-scale solar PV program under the NY-Sun initiative. This program offers $4.8 million per month through 2013. This standard offer, non-competitive open enrollment program provides funding for systems up to 7 kilowatts for residential sites and up to 50 kilowatts for non-residential sites.

Governor Cuomo launched the NY-Sun initiative to accelerate the installation of solar power in New York State. Combined efforts of NYSERDA, New York Power Authority (NYPA) and Long Island Power Authority (LIPA) in 2012 led to the successful installation of more than 58 megawatts (MW) of PV in the State, nearly doubling the amount of customer-sited PV installed in 2011. Including today’s awards, a total of 299 MW of PV has been installed or is under development as part of NY-Sun. This year, the Governor proposed legislation to extend NY-Sun through 2023 (the program is currently funded through 2015), but the Legislature has not yet passed the bill. The Administration will continue to work with the Legislature and explore administrative options to continue the tremendous success of NY-Sun beyond its current program horizon of 2015.