Following an investigation into the Sept. 11 attacks on the U.S. Embassy in Benghazi, Libya, an independent panel released its findings.

The much anticipated report following an investigation into the Sept. 11 attack on the U.S. Embassy in Benghazi, Libya which killed an American ambassador, Chris Stevens, and three security personnel, has concluded that systematic failures of management and leadership within the State Department jeopardized security at the mission in Benghazi. 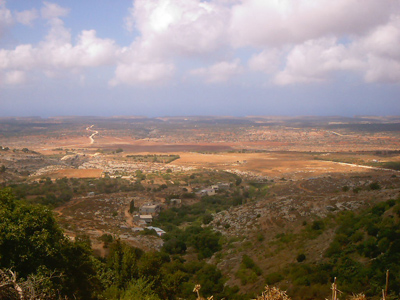 The report, written by an independent panel that investigated the attacks, claims there was a lack of cooperation between the Bureau of Diplomatic Security and the Bureau of Near East Affairs, which resulted in confusion over the protection of the mission in Benghazi, which is located within a relatively lawless region in Eastern Libya.
While the report highlighted a series of failures, the Accountability Review Board found that no senior officials ignored their duties.  No recommendations for disciplinary action were made based on the reports findings, but the board said that the report could be grounds for such action against these managers in the future.
The report confirmed that the responsibility for the event fell to the terrorists who carried it out, and there were no protests outside the consulate, contrary to initial accounts of the attack which resulted in the first slaying of a U.S. ambassador since 1988.
Most importantly, the report discredited claims that officials in Washington had denied requests for additional help after the attack began.  Instead, the report found that "exceptional U.S. government coordination and military response" was responsible for the embassy’s evacuation 12 hours after the attack, which saved the lives of two seriously wounded Americans.  Furthermore, there was not enough time for armed U.S. military units to respond to the attack.
Immediately following the attacks, administration officials incorrectly labeled the attack as part of a protest to an American-made anti-Islamic film, which was offered after evidence demonstrated a link to a militant group.  U.N. Ambassador Susan Rice garnered much criticism following the attack for suggesting the link to the film protesters, and has recently withdrawn her name as a candidate for Secretary of State due to the political backlash.
The report recommends that Congress fully fund the State Department’s security initiatives, as past budget constraints have put a stronger focus on cost savings measures rather than implementing adequate security programs.
"The solution requires a more serious and sustained commitment from Congress to support State Department needs, which, in total, constitute a small percentage of the full national budget and that spent for national security.  Congress must do its part to meet this challenge and provide necessary resources,” the report concluded.
Secretary of State Hillary Clinton was scheduled to appear before hearings of the House Foreign Affairs Committee and the Senate Foreign Relations Committee, but cancelled her scheduled testimony after suffering a concussion.  In a letter, Clinton addressed the questions surrounding the safety of U.S. officials conducting diplomatic missions in unstable regions of the world, saying, "We must accept a level of risk to protect this country we love and to advance our interests and values around the world.”
Share your thoughts on this article by posting a comment below.