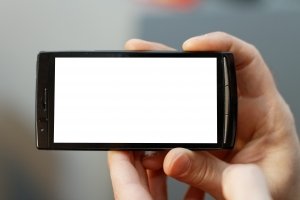 “Texting-while-driving is a dangerous practice that will not to be tolerated on New York's roads and highways,” Governor Cuomo said. “Enhancing the enforcement of our laws will ensure that New York State remains a safe place for drivers this summer and beyond. There is no excuse for distracted driving, and with this increased enforcement push using undercover vehicles, New Yorkers can be sure that the State Police are watching the road, even if other drivers are not.”

This operation brings a significant increase in undercover enforcement operations on roads and highways throughout the state. Undercover patrol operations have been particularly effective at identifying and ticketing instances of texting-while-driving, and these additional unmarked patrols will have a considerable impact on the increased enforcement of vehicle and traffic regulations across the state. State Police will use Concealed Identity Traffic Enforcement (CITE) vehicles as part of the operation in order to more easily identify motorists who are texting while driving. CITE vehicles are specifically designed on higher than average platforms, allowing officers greater ability to see into other vehicles and detect individuals in the process of sending text messages. The State Police fleet of CITE vehicles are unmarked and come in a variety of colors to ensure that they blend in with traffic on the road. They are also equipped with hidden high intensity emergency lights.

The operation began over the past July 4th holiday weekend statewide. As a result of enhanced enforcement, the State Police issued 486 tickets for distracted driving that weekend alone.

“Our troopers are out on the roads every day and see the dangers of texting while driving first hand,” said Patricia Groeber, State Police Deputy Superintendent Field Commander. “Our top priority is keeping motorists and pedestrians safe on New York’s roadways and these vehicles will be an effective law enforcement tool in identifying drivers who are illegally using hand held devices while driving.”

Senator Carl Marcellino said, “The image of a teenager spending hours talking on the phone is disappearing and it’s being replaced by the image of a teenager hunched over texting. It is second nature to young people. They do it all the time and when the day arrives that they get that all important driver’s license, they do not stop. The statistics are alarming and deadly, and avoidable. Under the Governor Cuomo’s leadership, we are giving New York some of the toughest laws on texting while driving in the nation. I thank him for working across the aisle to implement this landmark law that will save lives and will also set an example for other states.”

Assemblyman Edward Hennessey said, “We are well aware of the devastating consequences of texting behind the wheel. That is why I am proud to have carried this bill (A.7739) through the Assembly. The new law’s goal is to change a very dangerous behavior that has grown far too prevalent with young drivers. The message of the law is clear: If you text and drive, you will face significant penalties. And my message to young people is simple: Any text you think you need to read or send can wait—your life and the lives of others may depend on it.”

Nassau County Executive Ed Mangano said, “I am pleased to join Governor Cuomo in increasing safety for our motorists by stepping up targeted patrols to enforce no texting while driving laws.”

Nassau County Police Commissioner Thomas Vale said, “Statistics show that texting-while-driving is a dangerous habit that has become far too commonplace in our state. To reverse this trend, Governor Cuomo is taking the necessary steps to ensure all of our drivers are protected by increasing penalties and stepping up enforcement of distracted driving laws. This summer, Nassau County is stepping up our own law enforcement alongside the state police’s crackdown on texting-while-driving. Distracted driving is a dangerous practice that must be addressed, and I applaud Governor Cuomo and County Executive Mangano for their actions to help prevent potential cell-phone-related automobile accidents over the coming months.”

Funding will come from redirecting existing resources and from seized asset accounts.

AAA Legislative Committee Chairman John Corlett said, “Governor Cuomo rightly recognizes that texting-while-driving is an epidemic on our roads across the State of New York and nationwide. He has been a steadfast champion of new laws and enforcement efforts to stop distracted driving. His commitment of $1 million to enhance law enforcement operations and public awareness campaigns will help catch bad drivers and spread the word about the dangers of texting-while-driving. This will send a message to all drivers to put their phones down and keep their eyes on the road. We commend the Governor’s dedication to this important issue to make New York’s highways and roads safer for our motorists.”

Karen Torres, a local advocate from the Texting Awareness Foundation on Long Island, joined the Governor at the press conference today. She lost her father after he was struck by a driver who took his eyes off the road.

She said, “Preventing unnecessary injuries and deaths from this hazardous practice requires multiple approaches. The Governor’s work to strengthen penalties and ramp up enforcement is a great step. We must also educate our children and ourselves about the dangers of texting-while-driving. I would like to thank Governor Cuomo for supporting this legislation and for ensuring the safety of our children on the roadways in the future. Now it is time for all New Yorkers to do their part and set an example for the next generation of drivers.”