Close to 500 drivers were ticketed for texting-while-driving during the July 4 holiday weekend. 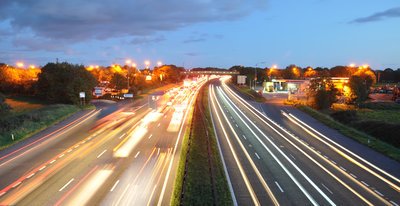 Governor Andrew Cuomo announced that on the July 4 weekend 486 drivers were ticketed by State Police for texting-while-driving. The stricter texting laws were enforced by police in marked and unmarked cars.

"Last week, I signed a law to institute tougher penalties for texting while driving and starting this past July 4th weekend, the State Police is now using new tools and tactics to enforce that law," Governor Cuomo said. "I am hopeful that every driver who got a ticket for looking at their phone instead of the road gets the message that this reckless behavior won’t be tolerated. Getting a ticket teaches young drivers this lesson the easy way – no parent should have to experience the hard way."

The holiday weekend marked the beginning of this summer’s stricter enforcement of New York State’s crack down on texting-while-driving. One of the ways State Police caught drivers was with Concealed Identity Traffic Enforcement (CITE). CITE vehicles are built on higher platforms which gives the officer more visibility in to the cars next to them. The CITE vehicles aren't always marked cars. Some officers are in unmarked cars looking to catch offenders.

To go along with these stricter traffic laws Governor Cuomo instructed the Department of Motor Vehicles to give harsher penalties by raising the number of points to those distracted while driving. The points have increased from two to five.

The number of accidents caused by cell phones have tripled over the last seven years. In New York that’s a 143% increase in cellphone related accidents between 2005 and 2011. Teenagers are some of the biggest offenders of the texting-while-driving laws with 43% of them admitting to doing it. During this same time alcohol related accidents increased by 18%.

A bill signed by the governor earlier this month issued new license suspension periods for drivers with probationary and junior licenses who text and drive. This goes along with a 2011 bill which made the use of handheld electronic devices while driving a primary offense. New York State has the nation’s toughest laws against driving.