Governor Cuomo and Legislative Leaders announce agreements on a number of end of session issues. 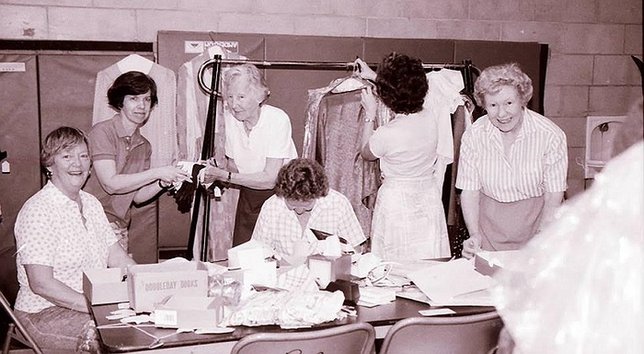 Governor Cuomo: “This agreement adds to the major accomplishments we’ve already achieved throughout the legislative session that will improve the lives of millions of New Yorkers.”

“This agreement adds to the major accomplishments we’ve already achieved throughout the legislative session that will improve the lives of millions of New Yorkers,”Governor Cuomo said.“From capital funding for our college campuses to supportive housing for the most vulnerable populations, this legislative package addresses critical needs that will have a meaningful impact in every corner of the state. The latest agreement builds on the historic accomplishments of this legislative session. As part of this year’s budget, we passed a $15 minimum wage, created the nation’s most robust paid family leave policy, and cut middle class tax rates to the lowest level in 70 years. We continued that progress with a comprehensive plan to combat heroin and opioid abuse, by increasing access to breast cancer screenings, by reforming antiquated laws on alcohol sales, by improving rail safety, and by enacting the nation’s strongest regulations to rein in the corrosive effects of Citizens United on our political process. Despite perpetual gridlock in Washington, we have proved once again that by working together in a bipartisan manner, government can be a vehicle for action and change. The results of this legislative session are further proof that New York is built to lead.”

Senate Majority Leader John Flanagan said,“This agreement closes the door on an extraordinarily productive session focused on the economic and quality-of-life issues facing New Yorkers and their families, and the need to provide our kids with real and meaningful opportunities for the future. We take action on so-called 'zombie properties,' thereby improving the quality-of-life in our neighborhoods and preserving property values, and protect children from lead in their drinking water. In addition, we provide flexibility to successful charter schools to be regulated by the SUNY Charter Institute, which will improve educational opportunities for students across this state. Meanwhile, we believe that a one-year extension of mayoral control with reforms that require school-by school budget data to promote greater fiscal transparency is in the best interest of students and their parents. This debate has always been about ensuring that school children in New York City receive a first-class education that prepares them for the rest of their lives, and this agreement moves us closer to that goal.”

Assembly Speaker Carl Heastie said,“This agreement will build on our successes earlier this session and help move New York forward so that our families can grow and thrive. This is a comprehensive package of proposals that will ensure stability for our schools, help keep our SUNY and CUNY institutions top notch, provide critical housing for people in need, and help keep our communities safe and secure. I thank the members of the Assembly Majority for their expertise and commitment to the issues that matter most to New Yorkers. We still have much work to do, and I look forward to working with our partners in government to help us grow our economy and lift New Yorkers up.”

Senate Independent Democratic Conference Leader Jeffrey Klein said,"At the start of session we delivered paid family leave, won the fight for $15 and delivered a major middle class tax cut. At the close of session, we're restoring the public's trust by enacting strong ethics reform and extending mayoral control in New York City with greater transparency. I have long championed curing the problem that derelict bank-owned and zombie properties pose in communities across this state. Finally, banks will be responsible to maintain zombie properties that have caused property value devaluation across our state. I'm proud that together we delivered for the people of New York State.”

Housing
Today’s agreement includes the execution of a memorandum of understanding to make more than $570 million in state resources available to advance capital construction and operating on the first 1,200 units of supportive housing under the Governor’s sweeping $20 billion Housing and Homelessness plan. The funding will be released to the Division of Housing and Community Renewal and is available immediately to be awarded in conjunction with other resources including state and federal tax credits to support construction costs for the new supportive housing units.

Mayoral Control of NYC Schools Extended with Increased Transparency
The agreement extends Mayoral Control in New York City for an additional year. The agreement includes greater transparency by requiring New York City to publish Community School Districts spending information within their proposed budget and on their website. By making this information available to the public, voters, parents and taxpayers in communities across New York City will have a greater understanding of their school district’s budget.

Foreclosed Homes and Bank-Owned Properties
Bank-owned foreclosed properties pose a significant threat to economic health and public safety of local communities, driving down property values and serving as hotbeds for criminal activity. The agreement includes provisions that will help prevent people from losing their homes, and combats the blight of vacant and abandoned bank-owned properties, also known as "zombie homes," by expediting the rehabilitation, repair and improvement of these properties.

Require Testing For Lead in Schools
Lead poisoning is extremely harmful to young children and may cause permanent brain damage. Schools in New York are not currently required to test their drinking water for lead, or notify parents or government officials of results.

The agreement will make New York the first state in the nation to put a requirement in statute that mandates periodic testing of drinking water in schools, reporting to parents and local and state entities, and provides guidance for remediation to ensure availability of clean and safe drinking water in every school. The state will fund a portion of the testing and remediation costs and will reimburse these costs on an expedited schedule in emergency situations.

Charter School Flexibility
The cornerstones of the charter school educational model are flexibility and innovation. However, the current process to authorize and reauthorize charter schools is outdated and inflexible. To ensure that charter schools are able to adjust their operating model, high-performing charter schools in good standing will be allowed to switch to a different oversight and regulatory entity such as the Board of Trustees of State University of New York or the Board of Regents of the State Educational Department during the 2016-17 school year.

State Control of NYRA Extended
This agreement extends the New York Racing Association Reorganization Board until October 18, 2017, continuing the Board, which has successfully turned around NYRA's finances since its exit from bankruptcy in 2012. This agreement preserves the valuable public window into the operation of racing and wagering at New York's premiere racing facilities, and into the use of statutory racing support payments.

Other End of Session Agreements:
Additional agreements announced earlier this week include: