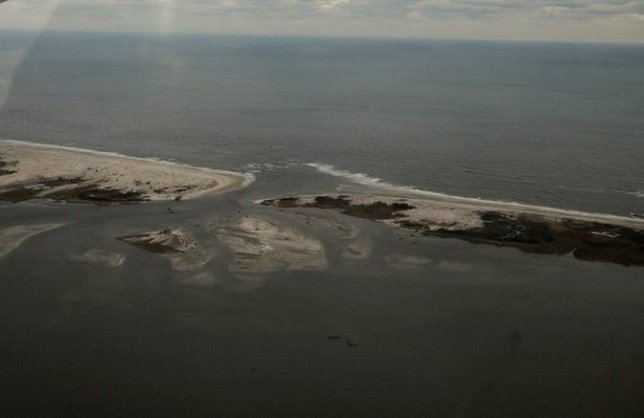 Heroic efforts led to the rescue of a family of five in distress off the coast of Long Island.

Photo by: Brian Wasser, via LongIsland.com.

The awards were presented in recognition of the group’s heroic efforts to save a family of five as their boat was rapidly sinking in the Great South Bay off the coast of Long Island in August, 2015.

“In the face of danger, the Deak Family and Mr. Laduca showed tremendous courage in risking their lives to protect others. It is this type of selflessness and bravery that embodies the spirit of New York and the qualities for which we stand,” Governor Cuomo said. “These men are heroes and I commend each of them for their valiant actions.”

“I applaud the heroic actions of William, Jason, Justin and Michael. Their quick and selfless action led to the saving of five lives,” State Parks Commissioner Rose Harvey said. “All boaters should be prepared while out on the water for any emergency and the best start is to always wear a life jacket. Thanks to these heroes this was a happy ending but if they were not nearby and close enough to see this emergency, this could have instead led to a very tragic ending.”

William Deak, 46, was heading towards the Bay Shore Marina with his sons Jason Deak, 21, and Justin Deak, 24, along with family friend Michael Laduca, 24, when they noticed a sinking boat on the Bay and its five occupants in the water struggling to stay afloat. Immediately recognizing the emergency, William called 911 as both Jason and Michael jumped into the bay, without hesitation, to aid the family of five clinging for their lives. As Justin carefully maneuvered the boat, Jason and Michael guided everyone to William who was able to pull the entire family to safety.

The NASBLA Award of Commendation is bestowed on individuals in recognition of their heroism and those who have risked their lives to save others involved in a recreational boating incident. Since 2008, the honor has been awarded to only fourteen New Yorkers. The last award presented to a New Yorker was an Ulster Park man in 2013. The New York State Parks’ Marine Services Bureau gives the Recreational Boating Lifesaving Award in recognition of the ultimate boating Good Samaritan who comes to the aid of another boater in life threatening distress. It has also been awarded only fourteen times since 2008.

State Parks and the United States Coast Guard strongly recommend wearing a life jacket while boating, especially during the winter when cold temperatures can quickly lead to death. The agencies also recommend that all boaters properly equip and carry essential safety gear, signaling devices and whistles; inform others with a general destination and expected return time; take a boating safety course; and always refrain from mixing alcohol with boating. Boaters are reminded that state law requires a life jacket to be worn on any watercraft less than 21-feet in length from November 1 through May 1.