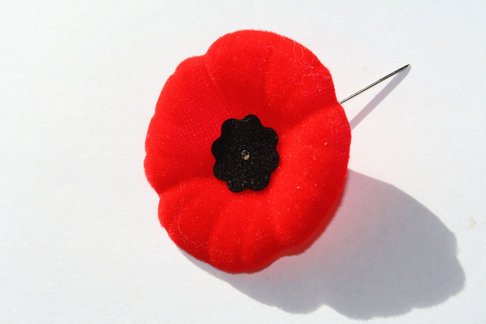 Washington D.C. - April 16th, 2013 - U.S. Senators Charles E. Schumer and Kirsten Gillibrand have joined with a bipartisan coalition to send a letter to Secretary of Defense Chuck Hagel urging greater cooperation between the Department of Defense and the Department of Veterans Affairs (VA) to help address the severe backlog of veterans’ disability claims. A recent report by the Government Accountability Office (GAO) found that delays in obtaining service and medical records from the Department of Defense have “significantly lengthened” the VA claims process for disabled veterans. On average in New York, it takes about 470 days on average for disabled veterans to receive their benefits.

“We don’t expect delays from our soldiers when they are shipped overseas and placed in a combat zone, we shouldn’t tolerate delays of this magnitude from the Department of Defense and the Veteran’s Administration when our soldiers seek to use the benefits they are entitled to,” said Schumer. “The national delays are already bad enough, but the massive delays for New Yorkers are simply beyond the pale. Clearly we need improved communication between the Department of Defense and the VA, so that our disabled vets can have the benefits they deserve, in a timely manner.”

“Our veterans who have made incredible sacrifices protecting our freedom have been waiting too long to secure the benefits they have earned,” said Gillibrand. “They deserve better. No veteran should have to wait more than a year to get an answer on their claim while the bills continue to pile up month after month. We must ensure that the VA and Defense Department work together to help speed up this unacceptable backlog.”

In their letter, the Senators acknowledged that the Departments of Defense and Veterans Affairs have taken some steps to address this issue, including an agreement that the Defense Department will provide complete records for departing service members in an electronic and searchable format by the end of this year. According to VA officials, this move could reduce the length of time it takes to review disability claims by 60 to 90 days.

"These are important steps, but it is clear that more must be done to improve the timeliness of record exchanges and to expand cooperation between VA and the Department of Defense,” the Senators wrote.  “As such, we ask that you affirm your commitment to eliminating the disability backlog through continued and greater collaboration with VA.”

The text of the letter follows:

We write today to express our deep concern regarding the severe backlog of veterans’ disability claims facing the Department of Veterans Affairs (VA) and to urge greater cooperation between VA and the Department of Defense to help end this crisis. We represent states with some of the largest populations of veterans in the country. Tragically, these men and women are also waiting years to access the benefits they need and deserve—470 days on average in New York, 506 days in Los Angeles, and 439 days in Waco, according to VA. This is simply unacceptable.

As a combat veteran, you have a deep personal understanding of the challenges currently facing our nation’s veterans. We know you share our commitment to ensuring all veterans receive the benefits they deserve in a timely and accurate manner. However, we are concerned that lengthy delays by the Department of Defense in gathering and sharing military service records with VA are contributing to lengthy processing timeframes and, in turn, to the increase in the disability claims backlog.

A recent report by the Government Accountability Office (GAO) found that “delays in obtaining military service and medical treatment records, particularly for National Guard and Reserve members, have significantly lengthened the evidence gathering phase.” According to GAO, these delays “impact VA’s duty to assist, possibly delaying a decision on a veteran’s disability claim.” Veterans service organizations have voiced similar concerns. This is troubling particularly because such delays can prevent veterans from obtaining the benefits they deserve.

We are encouraged that VA and the Department of Defense have taken some steps to address this issue. Specifically, we understand that the two agencies initiated a Disability Claims Reduction Task Force earlier this year to help reduce the time it takes to gather military service records from the service departments.

We also understand that VA has an agreement with the Department of Defense to implement an electronic, searchable catalogue of military records for all transitioning service members by the end of this year. During her recent testimony before the Senate Committee on Veterans Affairs, Under Secretary for Benefits Allison Hickey stated that this agreement “has potential to cut as much as 60-90 days from the ‘awaiting evidence’ portion of claims processing, and reduce the time needed to make a claim ‘ready for decision’ from 133 days currently to 73 days” for transitioning service members.

These are important steps, but it is clear that more must be done to improve the timeliness of record exchanges and to expand cooperation between VA and the Department of Defense. As such, we ask that you affirm your commitment to eliminating the disability backlog through continued and greater collaboration with VA. We also ask that you dedicate appropriate resources and personnel to ensure timely exchanges of all military service records.

Thank you for your attention to this critical issue. We look forward to working with you, as well as with VA Secretary Shinseki, to eliminate the disability claims backlog once and for all.