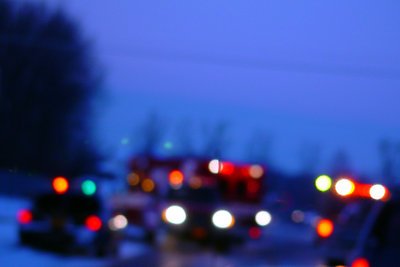 “Hot Dog Hooker” Arrested Again
Cathy Scalia, the 47-year-old woman who became known as the “Hot Dog Hooker” after allegedly soliciting sexual acts from her hot dog stand in 2012, was arrested again on Friday and is facing prostitution charges.

Police say that an undercover officer received a massage from Scalia, who then offered to engage in sexual acts for money at a hotel in Garden City. Scalia, who doesn’t have a massage license, is being charged with prostitution and unauthorized practice.

According to a report from CBS, Scalia claims that she is innocent, and accused police of framing her. After her arraignment at the Nassau County First District Court in Hempstead, Scalia stated that she never offered to sell sex to the officer, and that he only received a lap dance before she was arrested.

Scalia was first arrested in 2012. She pleaded guilty to prostitution and served seven days in jail.

Brothers Accused in Burglary Spree
Police said that two brothers are responsible for robbing eight homes throughout Suffolk County. They arrested Corey Hinton, 26, and Shea Hinton, 24, outside their home on Bedford Avenue in Bay Shore on Friday morning.

According to a report from Examiner.com, police said that the two would knock on the front doors of houses and condominiums to make sure nobody was home, and then break in to steal jewelry and electronics.

Detectives added that the investigation is continuing. The Hintons were scheduled for arraignment on Saturday at the First District Court in Central Islip.