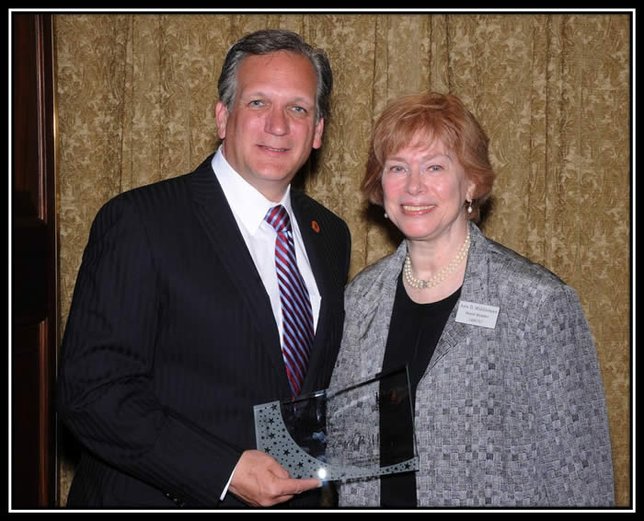 County Executive Mangano personally oversaw emergency operations before, during and after Hurricane Sandy’s landfall on Long Island. As the storm went from radar screen to real world, the County Executive activated the Emergency Center wherein over 50 separate agencies came together to coordinate resources and instituted a pre-storm lifesaving plan where he called for the evacuation of 400,000 residents from flood zones and thousands of frail residents from nursing homes and Long Beach Hospital. Had County Executive Mangano not implemented an effective plan, communicated his plan properly or foreseen the damage associated with Hurricane Sandy, hundreds of lives may have been lost.

“I am truly humbled by this honor,” said County Executive Mangano. “My wish, however, would be for this crisis to never have occurred and this award to not have been necessary. Communicating to Nassau County’s 1.3 million residents that this storm was not going to leave us unscathed was absolutely necessary and we pulled out all the stops to make sure our residents were well informed. While I appreciate this honor it is imperative that we recognize the first responders – police officers, volunteer firefighters and fire marshals, ambulance workers, and personnel from the Office of Emergency Management - who aided our residents during the storm as well and worked together to minimize loss of life. We are continuing our relief and recovery efforts and I am working closely with local, state and federal officials to ensure the lives of our residents are restored to normal as quickly and efficiently as we can.”

The Long Island Chapter of the International Association of Business Communicators is an organization of communications professionals dedicated to the education and professional development of its members, networking among colleagues and the advancement of the profession. Headquartered in San Francisco, IABC is a global professional organization. For more information about programs and membership, please visit www.iabc-li.com .