It is unbelievably heartwarming to see so many of New York’s local communities coming together to help their neighbors as they recover from the aftermath of Hurricane Sandy. The outpouring of donated food, water, gift cards and clothing to their neighbors in need is simply astounding. Our neighbors have expressed their gratitude at the overwhelming compassion they have been shown. But to recover from this level of devastation and start rebuilding, it’s apparent that we will need far more than our small town communities can give. 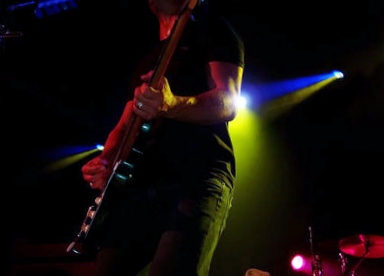 That help is not far behind as numerous efforts to assist the east coast recover are underway. Disney has pledged a $2 million donation toward relief efforts with $1 million going to the American Red Cross and $1 million going toward re-building efforts across Connecticut, New York and New Jersey. Viacom has also donated $1 million to various sources to help rebuild after the storm, including the Mayor’s Fund for NYC. Additionally, both Disney and Viacom have offered to match employee donations up to $1 million.

Viacom has set also set aside a relief fund for their employees as well. “As we reach out a helping hand to our neighbors in the communities where we live and work, we also want to take care of our own employees,” said Viacom president Philippe Dauman. “Like millions of people in the devastating path of Sandy, some of Viacom’s employees have experienced enormous hardships including severe damage or loss of homes and other property. The Viacommunity Employee Relief Program will offer logistical assistance as well as aid to employees dealing with critical issues related to the storm.”

The IRS has also responded by granting a one week extension for any payroll and excise taxes due from businesses by October 31st, to waive taxes on any FEMA or storm related workers compensation payments received, as well as waiving the fees for homeowners borrowing from their 401k if those funds are used to rebuild after the storm.

In addition, as power slowly started to return to parts of the storm ravaged East Coast in the aftermath of Hurricane Sandy, NBC hosted a live benefit on Friday night, to raise money for the Red Cross and victims of this devastating storm.

The star-studded “Hurricane Sandy - Coming Together” featured New York residents Billy Joel and Christina Aguilera who hails from Staten Island, one of the hardest hit communities. The telecom concert raised money for the American Red Cross with actors Tina Fey, Jimmy Fallon and Whoopi Goldberg participating in the fundraising efforts. Sting, Aerosmith and Mary J. Blige performed as well as Jersey’s own Jon Bon Jovi, Brian Williams, and Bruce Springsteen, amidst pre-recorded footage of the Jersey Shore, interviews with victims and scenes of devastation from across the east coast.