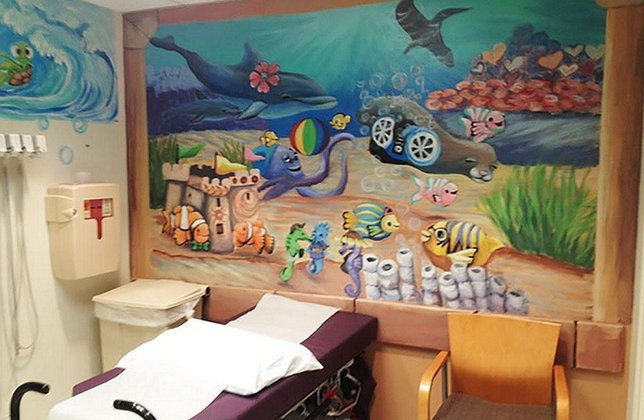 Contracts represent major step forward in push to double capacity of the Ronkonkoma Branch along 18 mile stretch between Farmingdale and Ronkonkoma.

Albany, NY - June 3, 2016 - Governor Andrew M. Cuomo today announced that two design-build contracts have been awarded for work that will significantly advance the Long Island Rail Road’s Double Track project. When completed, the project will dramatically increase capacity of the Ronkonkoma Branch along 18 miles between Farmingdale and Ronkonkoma.

The addition of the second track will allow the LIRR to provide more frequent off-peak service to the Ronkonkoma Branch in both directions and will increase flexibility and reduce delays associated with service disruptions. Completion of the Double Track project is targeted for the end of 2018.

“This is a major step forward in our plan to modernize one of the Long Island Rail Road’s busiest lines,” Governor Cuomo said. “The Double Track project will increase the reliability of our mass transit system, improving the commute for thousands of Long Islanders and helping to facilitate future economic growth in the entire region.”

Contract For 7.4 miles of track between Farmingdale and Central Islip

The second contract is to design and build a new signaling system that will use computer-based train control software to better coordinate train movement when the second track is activated. The contract has been awarded to Ansaldo STS USA, Inc., and is valued at $44.8 million. The work will include final design, fabrication, delivery and system integration, and testing of new components, including transmitters and 28 new wayside “huts,” and other infrastructure associated with new interlockings at Farmingdale, Wyandanch, Deer Park, and Central Islip, and a modified interlocking at Ronkonkoma.

At the direction of the Governor, the LIRR is using design-build contracts for both projects. Design-build contracts call for a single team of contractors to be responsible for both designing and building an entire project in order to ensure that coordination is seamless, and that work is completed in the shortest possible time frame.

MTA Chairman Tom Prendergast said, “By using design-build contracts, we can eliminate a host of delays. When one team handles both design and construction it eliminates the all-too-common disconnect between various phases of a project, and helps move the process along at a more rapid clip. That’s good for the LIRR, good for the contractors and, most of all, good for New Yorkers.”

President of the Long Island Association Kevin Law said, “Over the past five years, we’ve strengthened Long Island’s economy by focusing on what works – like investing in world-class infrastructure, attracting first-rate jobs and driving smart growth in communities from Montauk to Melville. This new Welcome Center will build on that progress, further boosting tourism and showcasing all that Long Island has to offer. I commend Governor Cuomo for his dedication to investing in this region’s infrastructure and strengthening our local economy.”

Suffolk County Executive Steven Bellone said, “I commend Governor Cuomo and the Long Island Rail Road for their efforts to add a second track to the Ronkonkoma line. This project will not only make the commute more efficient for thousands of residents, but it will continue to spur economic growth, create jobs and bring more opportunity throughout the entire region. Today we reached another important milestone in the Double Track project and I look forward to seeing it progress and create a brighter future for the entire Long Island community.”

Construction work on the Double Track project is already in progress. By the time the entire project is completed, the LIRR estimates Double Track will have injected close to $100 million into the Long Island economy.

Double Track is one of seven major LIRR construction projects subject to an innovative Project Labor Agreement with the Building and Construction Trades Council of Nassau and Suffolk Counties. The unions signed an agreement that will result in an estimated direct labor savings of over $6 million or about 11 percent of the total labor cost of these capital projects. The pact also provides opportunities for minorities and women to enter the trade union apprentice program and includes non-discrimination provisions in union hiring and job placement practices.

Ridership on the LIRR’s Ronkonkoma Branch is more than 48,000 each weekday. With just one track along most of the 18-mile route between Farmingdale and Ronkonkoma, the LIRR can operate a limited number of trains and lacks operational flexibility in the event of a disruption. If one train becomes disabled, all other trains (east and west) have no way around the problem. The construction of the Double Track between Farmingdale and Ronkonkoma will also support Long Island-wide resiliency by enabling the LIRR to provide better Main Line Service options in conditions where either the Montauk Branch or Port Jefferson Branch is compromised because of severe weather.