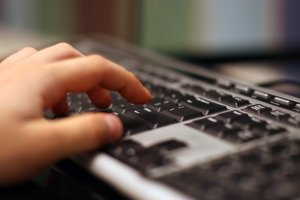 Washington, DC - June 5, 2014 - Today, U.S. Senator Charles E. Schumer urged the Federal Communications Commission (FCC) to heed public outcry and give significant weight to the tens of thousands of comments filed by the public in support of net neutrality, many of whom are his New York constituents. In a letter to FCC Chairman Tom Wheeler, Schumer explained that the comments filed as part of the FCC’s Notice of Proposed Rulemaking (NPRM) for new Open Internet rules demonstrate that getting the rulemaking right is crucial to ensuring that the Internet remains free of discrimination, not only for businesses, but for average Americans.
“Keeping the internet open is critical to 21st century freedom and innovation, for both businesses and individuals alike.  The FCC has heard from nearly 50,000 internet users across the country so far, and the comment period is only half-way over.  I urge FCC Chairman Wheeler to give significant weight to the overwhelming response from my constituents and thousands of others who want to ensure that the playing field stays level and fair.”
Last month, Schumer joined 10 senators in a letter to FCC Chairman Wheeler calling for his help in protecting net neutrality and crafting meaningful rules that will prevent blocking, ban discrimination, and promote increased transparency in the Internet marketplace.  Since the open comment period began in mid-May, the FCC has reportedly received 50,000 comments; many from citizens calling for robust open internet rules and objecting to the creation of internet fast lanes.
A January decision by the United States Court of Appeals for the District of Columbia’s struck down the FCC’s 2010 Open Internet Order, underscoring the need for the FCC to write explicit, enforceable rules. In May, the FCC announced that it would consider a new set of net neutrality rules. Reports about the FCC’s initial proposal suggested that the Commission would consider allowing certain kinds of discrimination in internet traffic and prompted significant backlash, including the letter from Senator Schumer and others.
The FCC ultimately issued a Notice of Proposed Rulemaking (NPRM) that allowed the Commission to consider multiple options for net neutrality rules, and opened a public comment period on the proposed rules on May 15th.  That initial comment period will close on July 15th, and there will be an additional 60-day window for reply comments to be filed.  So far, nearly 50,000 comments have been filed, substantially more than the Commission typically receives on its rulemakings.
A copy of Senator Schumer’s letter to FCC Chairman Tom Wheeler appears below:
Dear Chairman Wheeler,
As you know, I joined ten of my colleagues in writing to you before the issuance of the Notice of Proposed Rulemaking (NPRM) on net neutrality.  In that letter we urged you to preserve a free and open internet and to keep all options on the table for doing so.  I was encouraged to see that the final NPRM did solicit comments on multiple avenues for the Commission to promulgate rules consistent with the principles of an open internet, and I thank you for taking those concerns seriously.
Since the FCC’s comment period on the NPRM opened last month, I understand you have received nearly 50,000 comments from concerned citizens who share my belief that it is the Commission’s responsibility to protect and preserve an open internet.  While the Commission is accustomed to hearing from businesses who are concerned with proposed changes to telecommunications law, I cannot recall a time when ordinary Americans have been so engaged in a regulatory issue.
The overwhelming response from the public, many of whom are my constituents in New York, should underscore for the Commission how important this question is to Americans in their everyday lives.  I therefore urge you to give significant weight to the public input in your rulemaking process.  While they may not be the businesses from whom you are accustomed to hearing, the fact that ordinary citizens would take time out of their days to weigh in on a complicated regulatory issue is a clear indicator of its significance.   These citizens believe firmly that the Commission must craft meaningful rules that will prevent blocking, ban discrimination, and promote increased transparency in the Internet marketplace.
As you proceed forward in the rulemaking process, I hope and trust that you will heed the will of my constituents and use the full power of your authority to protect internet freedom and accessibility.  I firmly believe that keeping access to the internet affordable and readily available to all Americans is critical to preserving our country’s future as a free and fair twenty-first century society.
Sincerely,
Senator Charles Schumer