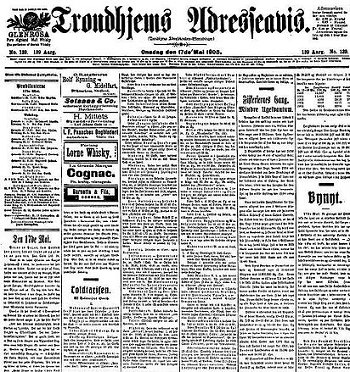 August 1, 2013 - Washington, DC –-Today, U.S. Senator Charles E. Schumer’s amendment to the media shield legislation in order to codify into law and expand upon the recently-announced Department of Justice media guidelines was adopted by the Senate Judiciary Committee on a voice vote. Schumer introduced the amendment noting that while the DOJ guidelines are a good start, future administrations could simply undo the new guidelines if they chose to do so. The new legislation would limit the number of times that the DOJ can ask a court to extend, by 45 day increments, its obligation to notify a member of the press that the Department of Justice has sought that person’s records. It would also ensure that only one extension can be granted, thus requiring the DOJ to notify outlets within 90 days.
Additionally, the DOJ had proposed having its own guidelines explicitly apply not just to records that are sought from third-party communication providers, but from other holders of business records (such as credit card companies) as well.  Schumer’s amendment makes clear that the bill applies in those circumstances as well.
The bill sets up a legal process for approving the subpoenas that would guarantee consideration of the public’s interest in protecting the freedom of the press. Prosecutors would have to convince a judge that the information at issue would “prevent or mitigate an act of terrorism or harm to national security.” The Judiciary Committee will resume consideration of additional amendments next month, before a final vote to send the bill to the Senate floor.
“The legislation now makes crystal clear that the new DOJ guidelines should be the law of the land, and not be up to interpretation of the Attorney General depending on his or her views,” said Schumer. “We need a strong media shield bill now more than ever. This is an important step forward that strengthens this bipartisan bill, and should give it even more momentum to clear the Committee and the Senate by the end of the year.”
A summary of Schumer’s amendment appears below:
(1)   The amendment clarifies the authors’ original intention that a judge supervises the issuance of subpoenas, court orders, and other compulsory legal process to covered persons.
(2)   The amendment clarifies that the special requirements in the bill for compelling confidential source information from a covered person are in addition to -- and do not displace -- the  important  privacy protections for email under ECPA and the legal requirements for the Government to obtain a search warrant under the federal rules (i.e. , probable cause standard). Relatedly, the amendment clarifies that the shorter delayed notice provision in the bill (45 days with only 1 extension) supersedes the longer delayed notice provision in section 2705 of ECPA (90 days with unlimited extensions).  The bill also sets forth different criteria for delayed notice than section 2705 and thus replaces the delayed notice provision in ECPA.
(3)   The amendment makes certain changes to the “delayed notice” provisions of the FFIA to make them consistent with the changes that DOJ has announced with respect to its own guidelines:
a.       The availability of delayed notice to a covered person shall be limited to two 45-day periods.
b.      All custodians of records of covered persons shall be covered by the FFIA, rather than just communications service providers.
c.       The grounds for delayed notice are harmonized with those in the DOJ report.
(4)   In addition, the provision of the bill that allows DOJ to get an extension of its obligation to provide notice to covered persons when records are ordered from third parties can apply when there is “a clear and substantial threat to the integrity of the criminal investigation.”  The amendment defines “integrity of the criminal investigation” in a way that is consistent with its intended meaning, in order to avoid an overbroad reading of this ground. It also specifically provides that protective orders can be used when a protective order would mitigate any threat caused by notice.
A summary of the original bill appears below.
Summary of Free Flow of Information Act of 2013
·         Protects journalists and their employers from having to reveal information, including source identity, that a reporter obtains under a promise of confidentiality and in the course of carrying out newsgathering functions.
·         Establishes a legal framework for determining the limited circumstances under which such protected information can be subject to compelled disclosure in court.
·         Provides no ABSOLUTE privilege for journalists. In every case, a party (usually the Government) will have to argue to a court its need for the information at issue.
·         Requires, in most cases, a court to apply a balancing test before compelling disclosure (public interest in disclosure versus public interest in newsgathering).
·         Delineates exceptions when the journalist has no privilege against the disclosure of information:
1.      In classified leak cases: when information would prevent or mitigate an act of terrorism or harm to national security.
2.      In regular confidential information cases (where a classified leak isn’t at issue): when information would prevent or mitigate, or identify a perpetrator of, an act of terrorism or harm to national security; and
3.      In non-national security cases:
·         when the information would prevent or mitigate death, kidnapping, and bodily harm (Section 4); or
·         when information was obtained by the journalist through observation or perpetration of a criminal act (Section 3), OTHER than an act of leaking.