Astoria Bank today announced it will continue its support as the lead sponsor for the Fourth of July Fireworks celebration at Jones Beach. 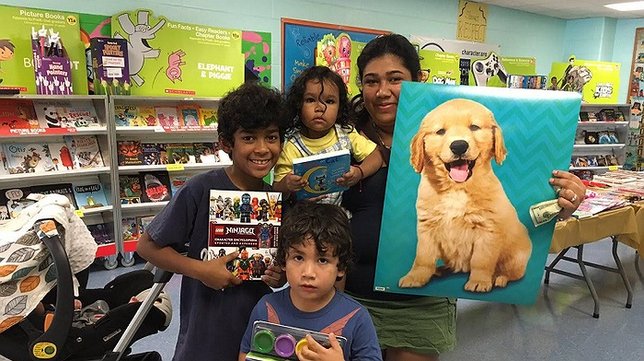 “Astoria Bank is honored to have the opportunity to once again host the Fourth of July Fireworks at Jones Beach this summer," said Astoria Bank CEO and President Monte Redman. "We are thrilled to bring families and friends together for this special holiday event and are excited to once again be at Jones Beach, celebrating with our customers and the communities we serve.”

The event is expected to draw over 100,000 people of all ages, and is a major highlight of the summer entertainment schedule at Jones Beach, which has played host to family-friendly festivities and activities since it opened in 1929.

Fireworks begin at 9:30 PM at the Central Mall, with music during the colorful and patriotic show to be simulcast by WALK 97.5 FM and K-98.3 FM.

An Ongoing Commitment to the Community
The Astoria Bank July 4th Fireworks at Jones Beach is one of a wide range of local family activities that Astoria Bank supports to make a difference in the lives of people in the communities it serves. These include free concerts, neighborhood festivals, and other family-friendly activities such as museum exhibits, sporting events, and summer reading programs for kids.

About Astoria Financial Corporation
Astoria Financial Corporation (NYSE: AF), with assets of $15.0 billion, is the holding company for Astoria Bank. Established in 1888, Astoria Bank, with deposits in New York totaling $9.1 billion, is the second largest thrift depository in New York and provides its retail and business customers and local communities it serves with quality financial products and services through 88 convenient banking branch locations, a business banking office in Manhattan, and multiple delivery channels, including its flexible mobile banking app. Astoria Bank commands a significant deposit market share in the attractive Long Island market, which includes Brooklyn, Queens, Nassau, and Suffolk counties with a population exceeding that of 38 individual states. Astoria Bank originates multi-family and commercial real estate loans, primarily on rent controlled and rent stabilized apartment buildings, located in New York City and the surrounding metropolitan area and originates residential mortgage loans through its banking and loan production offices in New York, a broker network in four states, primarily along the East Coast, and correspondent relationships covering 13 states and the District of Columbia.