DDT was among the dangerous materials found in a test sample. 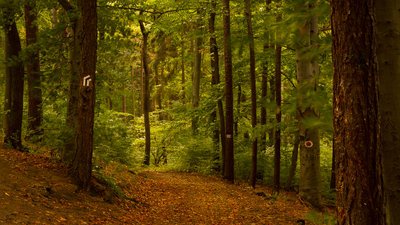 Suffolk County District Attorney Thomas Spota announced on Thursday that banned pesticides were found in illegally dumped materials in the Town of Islip.

Two separate piles of debris were found at Clemente Park in Brentwood and at a dumpsite on Route 111 and Sage Street in Central Islip. After test samples were taken, officials stated that hazardous materials were found to be in both piles of materials.

Two banned pesticides were found in the debris at Clemente Park, including DDT and Dieldrin. Dieldrin is banned in the U.S. due to its harmful effects on the environment, including humans and wildlife.

“Pesticides are of particular concern.” DA Spota said, “because they linger for many years in the environment after use.”

Some of the samples found metal contamination at more than 10 times the legal limit. Lead, Chromium, Copper, Zinc and Cobalt were among the harmful metals detected in soccer fields and the recharge basin at Clemente Park. Cobalt is classified as an acutely hazardous substance.

“On the Route 111 site, similar surface and boring samples were collected,” Spota said. “There were also acutely hazardous and hazardous materials found at the 111 dumpsite, and those materials, similar to Clemente Park, were pesticides, metals and petroleum products.”

Spota went on to say that the Town of Islip will be responsible for the remediation of the two sites. Cleanup of the debris will be a long term process and will involve multiple agencies.

Another test sample was taken from a dump site found near the Babylon-Islip town border. Results from this test are expected next week.


Officials did not state make any statements regarding an investigation into the illegally dumped material.