The Islip Town Board approved its 2013 budget which calls for a 28 percent tax hike and 22 full-time position closures.

The Islip Town Board held a special meeting Monday afternoon, during which a $111 million 2013 budget was passed.  The new budget includes a 28 percent tax increase for town residents.  $8 million was cut from the preliminary budget which would have required a 65 percent tax hike, resulting in a 7.6 percent decrease from the Town’s 2012 budget. 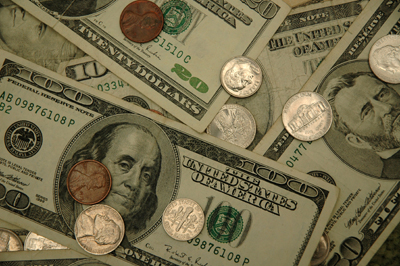 The new budget also eliminates 22 full-time Town jobs.  Seven jobs were cut from the public safety department, four jobs were cut from the shellfish hatchery and another two from the Town Assessor’s office.  Islip’s Harbor Patrol is being completely eliminated, scratching another eight full time jobs from the town’s payroll.
Closing down the hatchery, which was severely destroyed by Hurricane Sandy, will save the town $655,000.  The Town will continue to work on privatizing the work done at the hatchery.  Another $515,000 will be saved by eliminating dozens of part-time seasonal positions offered by the Town’s Marina Guard Program.  The Town will also not be filling open positions, for a savings of $1.6 million.
The all-Republican board vote 4-0 in favor of the budget.
The 28 percent tax hike translates to approximately $8 a month in additional taxes for a homeowner whose property is assessed at $400,000, or just under $100 for the year.
Islip Town Supervisor Tom Croci has been clear when it comes to placing the blame for the tax hikes.  Croci has consistently pointed at former Supervisor Phil Nolan, who used the Town’s “Rainy Day Funds” to avoid tax increases in the past.  Croci also pointed out that the average town resident pays approximately $300 in taxes, which is a lower rate than residents paid in 1985.
Residents who attended Monday’s meeting expressed their dissatisfaction with Croci’s administration, who campaigned on a platform of lowering taxes.  The original proposed budget called for a 65 percent tax cut, which was mitigated by layoffs and department closures.
Share your thoughts on this article by posting a comment below or by visiting our Long Island Living discussion forum.