Cheating on State Tests in LI Schools: 36 Substantiated Complaints Over Past Decade

They range from failing to keep exam materials in a secure lockbox, to improper assistance by teachers during tests, to scoring irregularities--thirty-six confirmed cases of cheating on state tests in Long Island schools over the ... 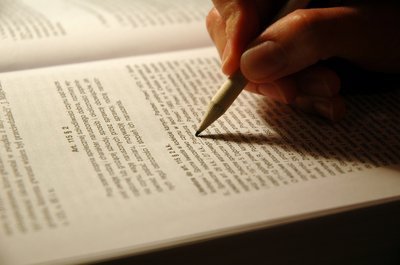 They range from failing to keep exam materials in a secure lockbox, to improper assistance by teachers during tests, to scoring irregularities—thirty-six confirmed cases of cheating on state tests in Long Island schools over the past decade.

According to a Newsday report, records obtained through a Freedom of Information Law request confirm that of the 60 complaints investigated by the State Department of Education between the 2002-03 and 2011-12 school years, 36 were substantiated.

The New York State Department of Education's Office of Assessment Policy, Development and Administration maintains a database of allegations of improprieties related to state assessments that includes the name of the district and the school, the allegation, and whether the complaint has been substantiated. Teachers' identities are protected.

Some complaints are anonymous, some by staff members and some by parents. Confirmed cases include:

A state monitor reported that exam materials were not kept under lock and key at Roosevelt High School in 2010-11.

An elementary school teacher at Saddle Rock School in Great Neck improperly assisted a student during an English Language Arts exam in 2009-10.

A teacher at Howard T. Herber Middle School in Malverne offered extemporized math lessons to students after seeing a math exam in 2009-10.

A complaint over scoring irregularities on the English Regents exam at Harborfields High School in Greenlawn in 2007-08 that was verified.

"The overwhelming majority of educators in New York State give tests honestly and fairly," state Education Commissioner John B. King said. "We're going to make sure the actions of a few do not taint the reputation of the many."

But Bob Schaeffer, public education director of FairTest, the National Center for Fair & Open Testing, does not agree. He labeled the verified complaints on Long Island the "tip of the iceberg." Within the past four academic years, he said, cheating cases have been confirmed in 38 states and the District of Columbia.

"There is a widespread pattern of test manipulation," he said.

"The states that have done systematic looks at cheating . . . that is the right order of magnitude -- about 40 to 50 complaints per year," he said. "The question is, what percentage of questionable behavior are actually reported and how many are thoroughly investigated?"

But amid the complaints, educators statewide have improved testing integrity. The new Test Security and Educator Integrity website created an electronic "tip line."

In the Roosevelt High School case, the district was made aware of the breach in security and subsequently monitored. District officials said the school's standardized testing program is "well-organized and closely monitored," and added that efforts to ensure the integrity of standardized tests have been enhanced.

The Great Neck elementary school teacher who improperly assisted a student during an English exam was "released" from employment.

In the complaint involving Howard T. Herber Middle School, Malverne Superintendent James Hunderfund said the district reported the incident immediately to state officials. "This was an isolated incident with a teacher who is no longer proctoring examinations," Hunderfund said.

"Since the scoring incident in 2007-2008, the district's scoring practices have been reviewed and steps have been implemented to ensure . . . the integrity of scoring and test administration processes," Todaro said in a statement. "Annually, our staff participates in training conducted by BOCES to enhance their knowledge and understanding of testing and scoring processes."

Officials in other districts claimed their violations may have been linked to clerical errors.

"Teachers are professionals who hold themselves up to the highest ethical standards," said Carl Korn, spokesman for New York State United Teachers, the largest union representing teachers and other school employees. "The fact that the instances of impropriety are so low speaks to the tremendous integrity that teachers have. But having said that, everyone wishes the number was zero."