By Christian Abbatecola Published: May 27 2013

Grant Acord, a student in West Albany, was brought into custody after local police received a tip that he was planning an attack on his high school. 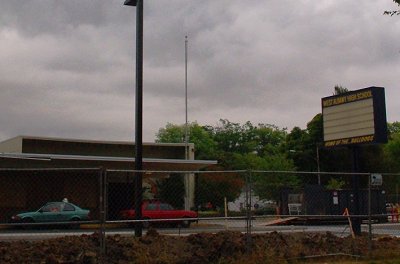 A planned attack on a high school in the town of West Albany, Oregon has prevented by police late last week. Local officers took 17-year-old Grant Alan Acord into custody at 10:26 PM on Thursday, May 23rd and held him on two counts each Possession of a Destructive Device and Manufacture of a Destructive Device.

The high school junior had built six explosive devices—including napalm bombs, pipe bombs, Molotov cocktails, and other explosives made from drain cleaner—and had more bomb-crafting material on hand, all of which was hidden under a floorboard in his bedroom. Police have conducted searches to ensure no other dangerous materials are present in the home or the West Albany High School, which has been swept twice before classes are to resume on Tuesday.

Police began investigating the plot after they received a tip that Acord had been manufacturing explosive devices; reportedly he had told friends of his plan and asked them to film it. He will be arraigned tomorrow, as the courts are closed for Memorial Day, and charged as an adult with attempted aggravated murder. The plans and diagrams found in his room will play a pivotal role in proving his guilt according to Haroldson, as they show a substantial step had been taken toward enacting the attack.