Bethpage Air Show at Jones Beach to Proceed Despite the Weather

The first part of the Memorial Day weekend calls for wet weather, but the Bethpage Air Show is slated to go on at Jones Beach. Check out all the details you need to plan your ... 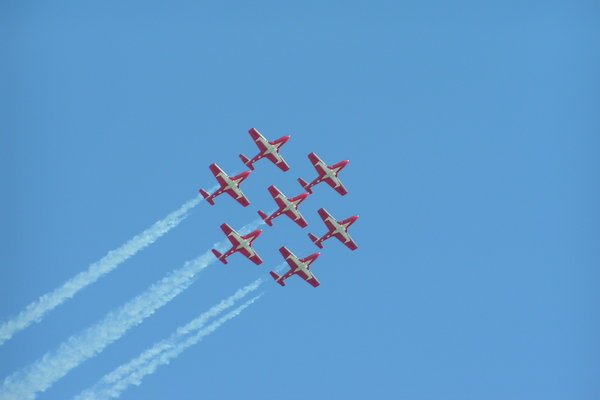 While the weather forecast for Long Island this weekend calls for overcast skies with rain and breezy conditions – high temperature of 55 degrees – on Saturday, the Bethpage Air Show at Jones Beach will proceed.

For the past 10 years, the air show has been a hit for the Jones Beach Memorial Day weekend. The air show attracts people from all over the tri-state area. Last year, the show drew almost 400,000 spectators.

There’s no stopping the show from going on this year, even with the devastation that Superstorm Sandy caused several months earlier. This year’s event is especially meaningful because this weekend also marks the official reopening of the Jones Beach Boardwalk.

Also, for the first time the Bethpage Air Show At Jones Beach 10th Anniversary App is available on iTunes where you can get up-to-the-minute information on parking field availability, listen to the show live, take and share photos and do much more.

This is an event that produces an estimated $15 million to Long Island’s economy, according to New York State Parks Deputy Regional Director George Gorman in reporting from Patch.com.

The air show kicks off from 10 a.m. to 3 p.m. on Saturday. The air show will also run during the same hours on Sunday. The event is free, but there is a $10 fee for vehicles to enter. It’s recommended that you arrive early since the parking lot is expected to fill up quickly. Public transportation to Jones Beach is also available now that NICE Bus service has routes to the location.